It is a known fact that Karan Johar is providing the launch-pad for daughter of Sridevi, Janhvi Kapoor. But besides that, the filmmaker also had plans of fulfilling his dream of working with Sridevi. The superstar was supposed to feature in Karan’s much talked about production, the multi-starrer Shiddat. However, her sudden demise left the entire industry in shock. Makers of her impending projects were in search of someone who could replace the actress. One amongst them was Karan Johar. 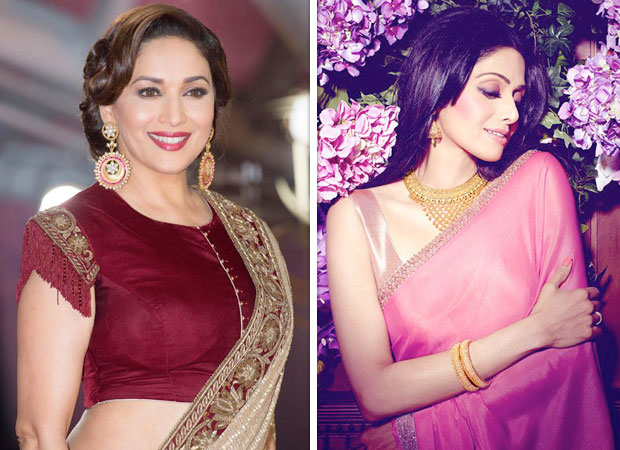 While it is difficult to fill in the shoes of Sridevi, Karan Johar has found someone who will essay the same role as the superstar in Shiddat. We are talking about Madhuri Dixit. The two actresses namely Madhuri Dixit and Sridevi were known for their stardom in the 90s. Interestingly, Karan Johar hasn’t produced films with either of these actresses. However, Madhuri Dixit was seen in a special song titled ‘Ghagra’ in Karan Johar’s production Yeh Jawaani Hai Deewani.

Madhuri Dixit will apparently essay the role of Sridevi in Shiddat and it was confirmed by the latter’s daughter Janhvi Kapoor. The film is to be directed by Abhishek Varman who last directed 2 States. “Abhishek Varman’s next film was very close to mom’s heart ....Dad, Khushi and I are thankful to Madhuriji for now being a part of this beautiful film....” posted the newbie on Instagram.

Abhishek Varman’s next film was very close to mom’s heart ...Dad, Khushi and I are thankful to Madhuriji for now being a part of this beautiful film...

Shiddat is expected to star Varun Dhawan and Alia Bhatt along with another leading pair from Bollywood. Earlier reports of Aditya Roy Kapur and Sonakshi Sinha starring in the film started doing the rounds. However, the makers continue to maintain a staunch silence on the casting details.

However the makers of the film deny that Abhishek Varman's next is titled 'Shiddat'. Producer Karan Johar took to social media to clarify on the same. He tweeted, "Yes...we are honoured and humbled to have @MadhuriDixit on board for @abhivarman ‘s next! NO the film is NOT titled SHIDHAT! Yes the film will Commence shoot in mid April! The films final cast and credits will be announced soon!"

As for the debut of Janhvi Kapoor, the actress will feature in Dhadak opposite Ishaan Khattar. To be directed by Shashank Khaitan, the film is a Hindi remake of the Marathi blockbuster Sairat.