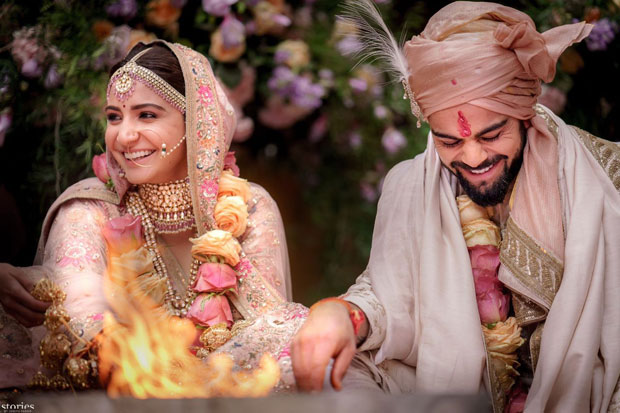 Actress Anushka Sharma and Indian Cricket Captain Virat Kohli, who have been dating for over 3 years, are finally married. After weeks of speculations around their engagement and wedding, it has been confirmed that Virat and Anushka have tied the knot

CONFIRMED: Anushka Sharma and Virat Kohli get hitched in Italy!

According to the reports, Anushka Sharma and Virat Kohli got married in a private ceremony in Italy. An insider informed a tabloid that the wedding was an intimate affair that took place in the morning in the presence of close family members and friends. The reports have also revealed that the couple will be making an official announcement at 8 pm tonight.

The source also revealed that there will be a grand reception for Virat Kohli and Anushka Sharma which will be held in Mumbai on December 21. As the Indian Cricket Team has a matched lined up on December 22, so it is speculated that the entire Indian Team will be in attendance at the grand reception. It will be a massive affair with celebrities from all spheres in attendance.

Virat Kohli and Anushka Sharma have been together for over 3 years. The couple met on the sets of an ad shoot and soon hit it off. Soon, they made their relationship public but it was only this year when Virat Kohli began posting their pictures on social media.