Rhea Kapoor's Veere Di Wedding starring Kareena Kapoor, Sonam Kapoor, Swara Bhasker and Shikha Talsania in pivotal roles is all set to release on June 1 in India but it's release in the neighbouring country looks difficult. According to the latest news, the movie has been banned in Pakistan and the reason for the same is it's BOLD content. The movie sure has been made to push the envelope. It's premise is women empowerment and therefore it is meant to engage a dialogue on women's sexuality and touches upon societal pressure on getting girls married early and other facets of patriarchy. 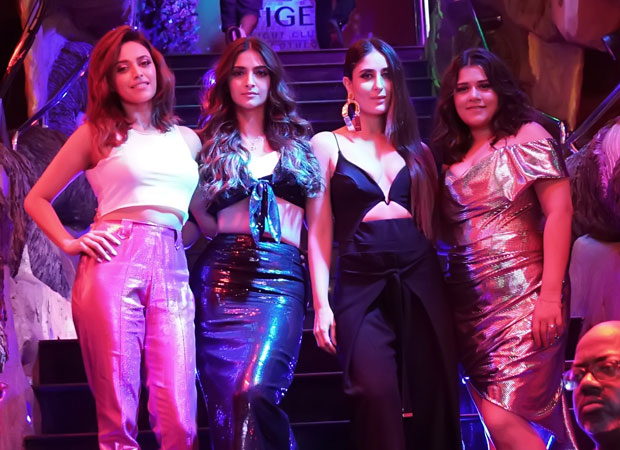 But looks like the censor board in Pakistan is not very happy with it's content and therefore has deemed it vulgar, due to the fact that the lead actresses cuss openly throughout the film. The board feels that the movie is not appropriate for family viewing. Sindh Censor Board has cleared the movie with a few cuts but Islamabad Censor Board is obstructing the release of Veere Di Wedding. Arguing over the use of expletives and bold scenes, Sonam had said in a promotional event that the movie is as close to reality as possible and in real life, all of us abuse, are sexually active and consume alcohol.

There is a lot of hope riding on this movie because if done right, Veere Di Wedding might change the way films are made in Bollywood and can even attain the cult status. Also, this is a interesting period for women centric films with Alia Bhatt’s Raazi entering the coveted Rs 100 crore bracket at the box office.

Also Read: Sonam Kapoor wears her mangalsutra like a bracelet after Shilpa Shetty, gets ACCUSED for not ‘respecting CULTURE’! (see pics)