Before the pandemic, the China box office had become a potential cash cow for Bollywood filmmakers as Several films did business worth hundreds of crores in the neighbouring country. The movie, however, which did incredible business at the Chinese ticket window was Dangal (2016). Starring Aamir Khan, it was directed by Nitesh Tiwari and released there on May 5, 2017. Trade and industry were left shocked as the film collected more than Rs. 1000 crores at the China box office. The film had collected nearly Rs. 387.38 crore at the Indian box office and the China business gave an added boost to the producers who laughed all the way to the bank. 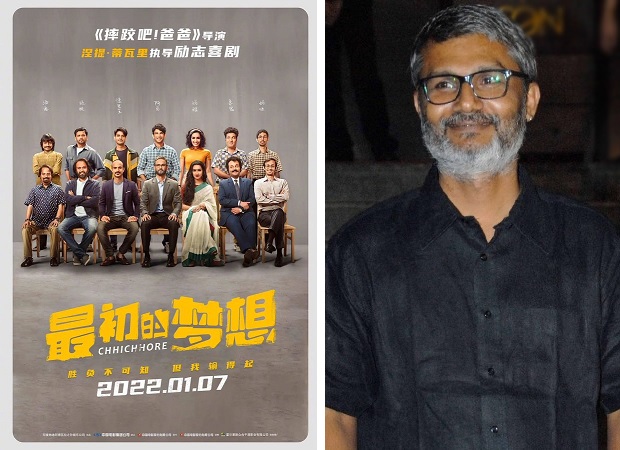 BREAKING: Sushant Singh Rajput-starrer Chhichhore to release in China on January 7, 2022; poster out

After Dangal, Nitesh Tiwari directed Chhichhore (2019). It was the second last film and the last theatrical release of the late Sushant Singh Rajput. The film enjoyed great word of mouth, due to which it managed to collect Rs. 153.09 crore at the domestic box office.

Meanwhile, murmurs were going around that Chhichhore would also find a release in China. Bollywood Hungama had reported about it way back in May 2020. When this writer had asked Nitesh Tiwari about the status of Chhichhore’s China release then, he had replied, “I hope the situation in China is conducive if and when Chhichhore releases and that the people are safe there and are in the correct mindset to go and enjoy the film in the theatres. I can just hope that it connects with them the way it connected with the audiences in our country.”

It has now come to light that Chhichhore will finally be released in China very soon. A poster of the Chinese version of the film is already out and it will be released in cinemas on January 7, 2022.

A source told Bollywood Hungama, “Closer to the release date, we’ll get an idea about the number of screens and other such information. However, it’ll surely be a proper release that a Hindi film gets in China. The industry and trade will be looking forward to seeing how it performs in China considering that its first Indian film to release there, after the pandemic.”

The last Hindi film which was released in the neighbouring nation was the Akshaye Khanna-Sidharth Malhotra-Sonakshi Sinha starrer Ittefaq (2017), on October 25, 2019. 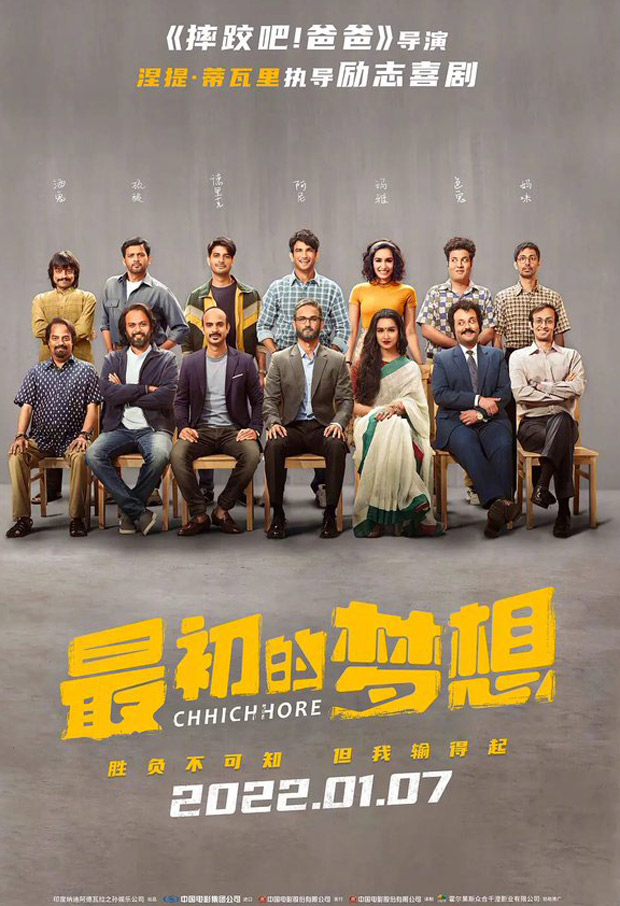 It also remains to be seen if it manages to reach closer to the figures of Dangal in China. The source added, “Chhichhore’s theme is apt for Chinese audiences. They have loved films on education like Hichki (2018) and Hindi Medium (2017). Also, films on parenting like Dangal, which was also directed by Nitesh Tiwari. Dangal collected more than Rs. 1000 crore at the box office and if Chhichhore also manages to become a super-hit, it’ll be a huge achievement for him. To have two back-to-back films do record business in China is no mean feat.”