While rumours continue to float regarding the dates of Priyanka Chopra's marriage to Nick Jonas, here comes a news about one more film that PC will be working on. Priyanka has apparently given agreed to star with Hrithik Roshan in Rakesh Roshan’s blockbuster superhero franchise Krrish 4. 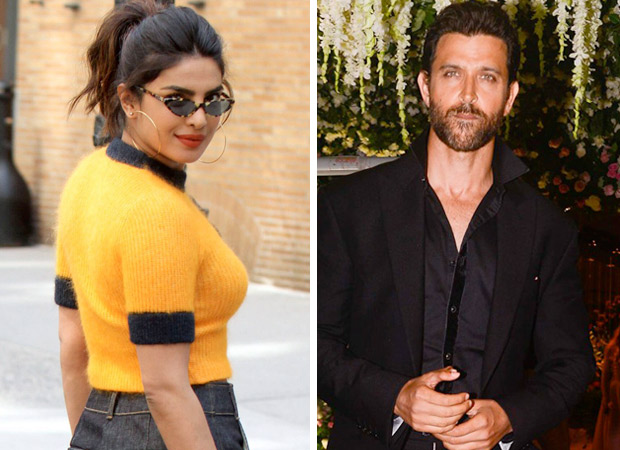 A source very close to the Roshan family reveals, “Priyanka has definitely given the green signal for the next installment of Krrish. She has been a part of the first two Krrish films. When Rakeshji sounded her out about the fourth Krrish film, she happily agreed”, said a source.

Continuing further about Roshan’s initial apprehension to rope in Priyanka Chopra, the source added, “Since she’s such a big global star now, Rakeshji thought she may not want to be part of a desi franchise where she doesn’t play the main character. But, Priyanka’s association with the Roshans goes back a long way. She has always been a loyal big-hearted girl. At a time when Sunny Deol was down and out, she agreed to play his leading lady because she had made her debut with him. When a down-and-out producer KC Bokadia wanted to complete a project with Govinda and Priyanka, she agreed knowing it would embarrass her career. Loyalty is big for Priyanka,” says the source.

Priyanka Chopra is expected to begin work on Krrish 4 in mid-2019. With two other project—one in India and the other in Hollywood—already in her kitty, what happens to the rumours about her marriage to fiancé Nick Jonas.