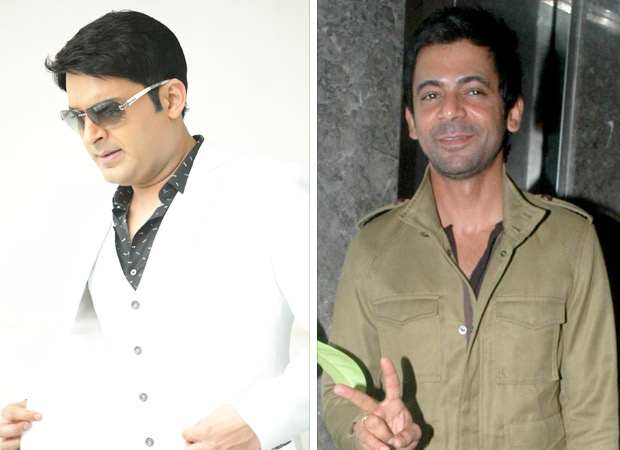 Recently, many were shocked when the news about the alleged mid-air ugly spat between Kapil Sharma (who was reportedly on high spirits) and Sunil Grover, wherein the former kept on taking credit for the latter’s success, came out in public. Soon after that, Kapil Sharma took to the social media and ‘clarified’ that such fights happen between them quite often and that there was no need to make a big hue and cry over the same. Despite all this, speculations were on the extreme rise about an extremely hurt Sunil Grover quitting the extremely popular ‘The Kapil Sharma Show’.

The latest update on the same is that Sunil Grover has replied to Kapil Sharma over the social media. Sunil Grover, in his tweet, told Kapil to refrain using foul language. He also gave a friendly advice wherein he stated, if someone was correcting him (Kapil Sharma), then, he should not abuse that person. Referring to the women passengers who were on board in the flight when the alleged fight took place, Sunil Grover told Kapil Sharma to respect the women folks who had nothing to do with his stardom and were just travelling with him. Sunil Grover also told Kapil Sharma 'not to act like a God'.

It is not known yet if Sunil Grover has quit the show or not.

Paji @WhoSunilGrover sry if I hurt u unintentionally.u knw vry well how much I luv u. M also upset .love n regards always:)