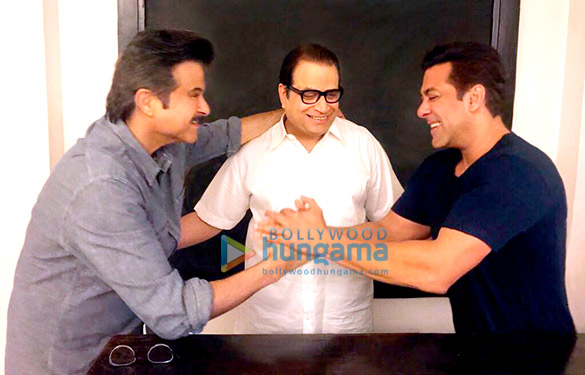 Anil Kapoor’s character of Robert D'Costa aka RD in Race and Race 2 was funny, suave and very much loved by the audiences. Despite being a supporting part, it emerged as one of the most memorable things about the film series. Hence, viewers were naturally dejected when the cast of Race 3 was announced and Anil Kapoor’s name didn’t find any mention in it.

But here’s some good news for RD fans. In a move that has surprised many, a month after Race 3 went on floors, Anil Kapoor has been made a part of the cast. This breaking announcement was made by Salman Khan today on Twitter by posting a lovable picture. It shows Salman holding Anil Kapoor’s hands lovingly and sporting a cute smile. Anil too seems happy to be back in the Race franchise and with the warm welcome given by Salman Khan. Also present in the picture is producer Ramesh Taurani who also seems glad with this development. The caption with the picture is, “Inke Aane se Race3 ka cast aur ho gaya jhakas”. 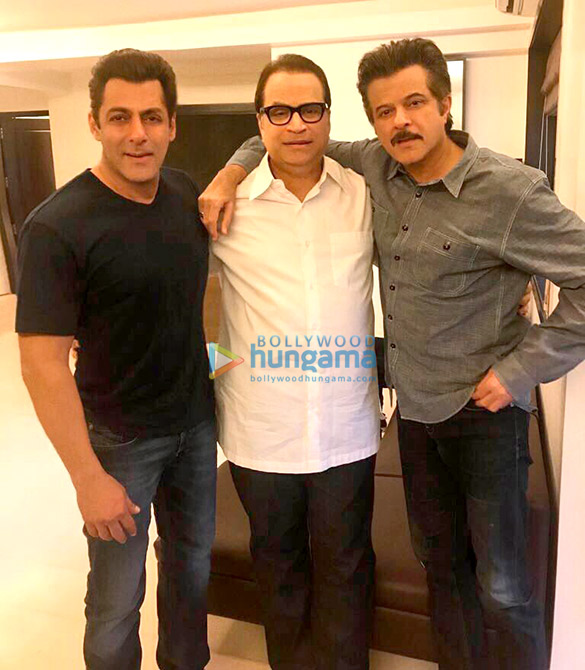 Anil Kapoor is now the only actor who’ll be a part of all three Race films. Earlier, Saif Ali Khan was the lead actor in Race and Race 2. Jacqueline Fernandez, meanwhile, appeared in Race 2 and is now a part of Race 3. The other actors who are a part of Race 3 are Bobby Deol, Daisy Shah, Saqib Saleem and Freddy Daruwala. The change of team didn’t just happen in the star cast. Even the director has been changed. Race and Race 2 was helmed by Abbas-Mustan while in Race 3, its Remo D’Souza who has worn the director’s hat.