Ever since he spoke on how keen he was to cast his son Arjun Kapoor from his first wife with his daughter Janhvi from his second wife, Boney Kapoor has been inundated with requests to provide details on the project. However Boney clarifies it was just an idea that he shared on a public platform. “I don’t have any concrete plans of casting them together. It’s one of those wishes that I have in my head,” says Boney. 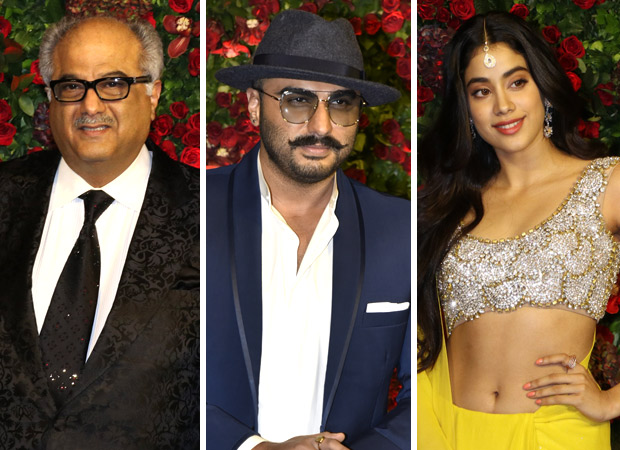 The closeness shared between the brother and sister Arjun and Janhvi was evident on Koffee With Karan where Arjun played the protective but informal Bade Bhaiyya to the hilt teasing his blushing sister about how Ishaan Khatter (Janhvi’s co-star from her debut film Dhadak) hung around her constantly.

In spite of the denials of a relationship, apparently the two young people Janhvi and Ishaan are very close to one another and may be cast together once again in a film to be produced by Janhvi’s father Boney Kapoor.

For more details watch this space.