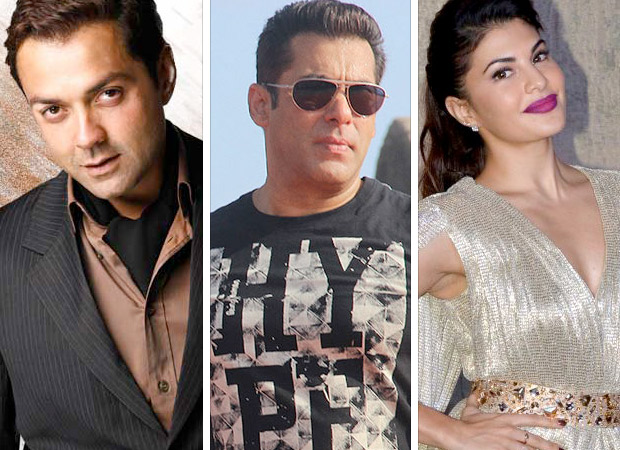 Earlier, we had reported that producer Ramesh Taurani had roped in Salman Khan and Jacqueline Fernandez to kick off the third installment of Race. The film will be directed by Remo D’souza and will soon go on floors. Now, it has been learned that another pal of Ramesh Taurani has been roped in for Race 3.

Bobby Deol, who has earlier worked with Ramesh Taurani in Soldier and Naqaab, has come on board for Race 3. When asked Taurani about the Bobby Deol, he confirmed the news about him starring in the film. He said that they had worked in Soldier and Naqaab and it was a great experience. Taurani said that Bobby Deol was an absolute delight to work with and very professional about his work.

Speaking of his role without revealing any spoilers, Ramesh Taurani added that the audience will see Bobby Deol in a never- seen before avatar and will be styled differently. Although the producer did not confirm whether Bobby was playing a grey character, he said that everyone in Race 3 has a grey shade. One will just have to wait and watch who is playing what character.

On the film front, Bobby Deol will be seen in Yamla Pagla Deewana Phir Se with father Dharmendra and brother Sunny Deol.