Taapsee Pannu, who has been doing a variety of projects ranging from Bollywood to South films to short films, is all set to gear up for a thriller. Earlier we had reported that the said thriller, to be directed by Sujoy Ghosh, is tentatively titled Badla. The film which is said to be a remake of the Spanish film The Invisible Guest will also star Amitabh Bachchan. 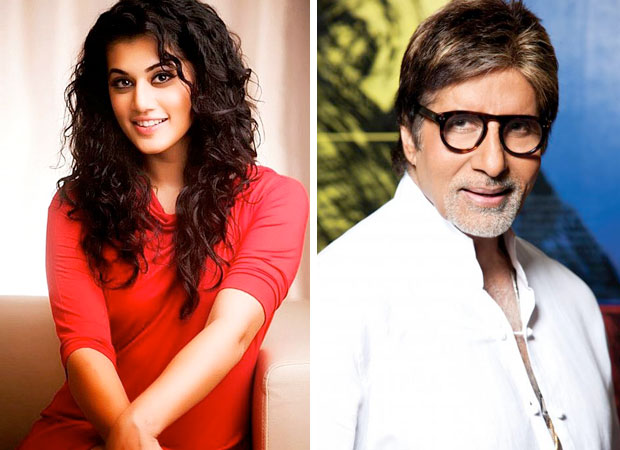 While earlier reports claimed that Amitabh Bachchan will be seen in the role of a police officer, we hear that Taapsee Pannu too will be essaying an intriguing role. The actress, whilst recently speaking to the media, during the promotions of her short film Nitishastra, revealed that her character is that of a business woman. While she maintained that her role in this film is more glamorous than others, she also maintained that it is not like the glamorous role she played in Judwaa 2 but far different from it.

Taapsee Pannu also mentioned that her role in Badla will be a powerful one. Even though it is glamorous, the actress was quick to add that it will have its own share of mysterious elements. Considering that Sujoy Ghosh is known for his film characters whose personalities are complex, Taapsee has asserted in reports that her role in this Amitabh Bachchan starrer will have more layers than one.

Furthermore, Taapsee Pannu also stated that she will start shooting for Badla from June 14 onwards. On the other hand, Taapsee also mentioned that in the coming months her next Bollywood releases have been lined up for release almost back-to-back. While the trailer of her film Soorma, starring Diljit Dosanjh will be releasing on June 11, the film is slated to release on July 13. Followed by that, Mulk will be releasing on July 27. And the third release for the year would Manmarziyan which features Abhishek Bachchan and Vicky Kaushal in the lead.

Besides all these, Taapsee Pannu also has South films like Neevavaroo in the making which features Aadhi Pinisetty and Ritika Singh in lead roles.

Also Read: Taapsee Pannu is moving into her NEW HOUSE in Mumbai and she can’t be more excited!