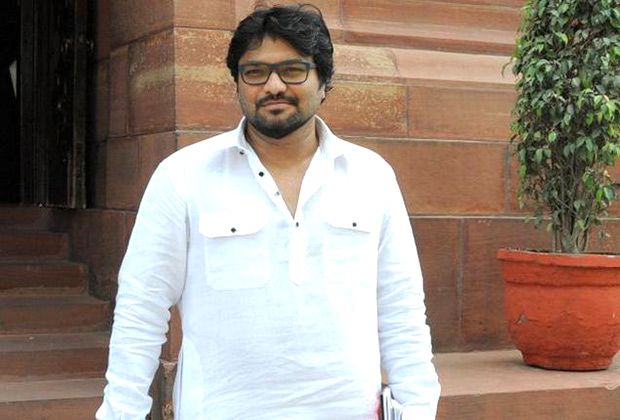 A video that has emerged from singer and BJP minister Babul Supriyo's visit to Asansol on Tuesday shows him roughing up a cop. But Babul is quick to jump to his own defence. "Half-truth is what the video shows. The other half is that yes, I tried to move the people who were blocking my view that included the policeman. And while doing that, his cap fell off. I do not lie I don't need to lie."

Baabul Supriyo had a miraculous escape from serious injury in Asansol where he was attacked allegedly by Trinamool Congress workers. Recovering at home in Delhi with his newly-wedded bride by his side Baabul shuddered, “A solid brick was hurled at me from a distance, right on my chest. I could’ve been killed. I am hurt. But I'll be okay.”

Baabul says he was besieged by TMC workers who happily broke the security bandobast to attack him. “Police allowed TMC goon near me. They broke my car’s windscreen and were hurling stones at me. I dodged all of them but the one that hit me was a solid brick.”

Babul Supriyo says he didn’t back down in fear when attacked. “I didn't run for cover, hide in my car or hide behind my security cover. I faced the goons. Nor did I allow my heavily armed CRPF security to hit back. I basically kept my cool. I am happy about that.”

He is also happy with his stance of standing his ground. “Physical injuries heal but bad decisions don't. It's a wise me today.” In the meanwhile Mamta Bannerjee remains silent. Says Babul, “She can’t reprimand her vote bank, can she?”

FIR filed against Kanika Kapoor after she…

Babul Supriyo to get married on August 9

Amitabh Bachchan and Dharmendra to launch…