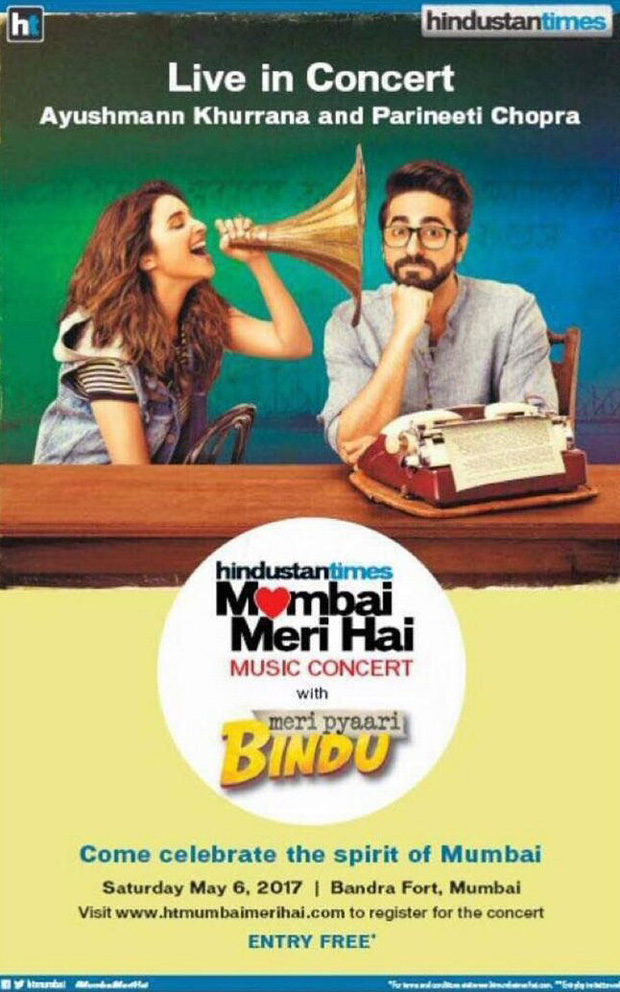 After her last venture Kill/Dil in 2014, Parineeti Chopra is all set to make a comeback yet again with a YRF venture. Meri Pyaari Bindu has the actress paired up with Ayushmann Khurrana for the first time and now we hear that the production house has decided to devise a new promotional strategy.

Considering that the two of them are singers and the duo will also be seen singing for the film, the makers decided to organize a musical concert of sorts in association with Hindustan Times and posted about the same social media. The said musical night will be held in Bandra Fort, a famous location in suburban Mumbai next week and the details were shared on Instagram.

“LIVE!! @ayushmannk& his name @ayushmannbhava come to you on May 6th at Bandra Fort. AAAANNNDDDD That's not all!? We also have the talented @parineetichopra joining him with the band for @meripyaaribindu! So, BLOCK YOUR CALENDAR!! We'll see you there. Or you're plain square,” read the note on the official Instagram page of Yash Raj Films.

Meri Pyaari Bindu is a romantic drama, directed by Akshay Roy and is slated to release on May 12. Interestingly the film marks the debut of Parineeti Chopra as a singer and her song ‘Maana Ke Hum Yaar Nahin’ has gained popularity.