Akshay Kumar is a rare superstar who has multiple releases in a year. With the exception of the year 2017 when he had just two releases, the actor has at least three films releasing every year. In 2012, he created a record by having as many as 5 releases – Housefull 2, Rowdy Rathore, Joker, OMG Oh My God and Khiladi 786! This year, 2019, he has come up with 3 films already – Kesari, Mission Mangal and Housefull 4 – and now awaiting the release of Good Newwz. What’s interesting to note is that he always spaces out his releases well. As a result, there has rarely been a time when promotions of his films have overlapped as no two films have released close to each other. 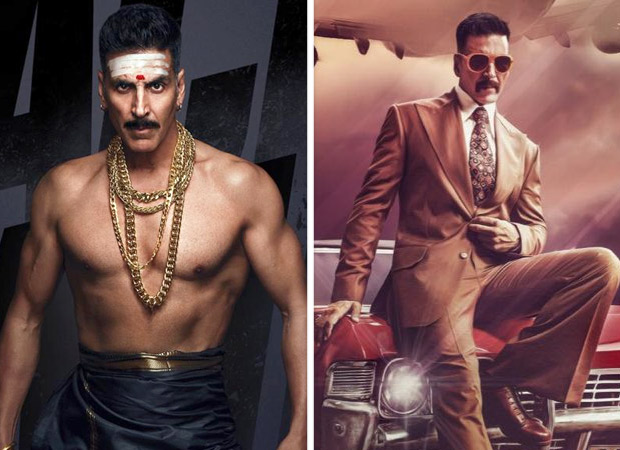 However, this trend is about to broken, it seems. If all goes as scheduled, then Akshay Kumar will have two releases in less than a month! In the end of 2020, Akshay Kumar will present Bachchan Pandey on the day of Christmas. It is directed by Farhad Samji, who recently helmed Akshay’s Diwali reincarnation comedy, Housefull 4. Produced by Sajid Nadiadwala, it is said to be an adaption of the Ajith starrer Veeram, though it won’t be a scene-to-scene remake. The first look of the film was out with the announcement and it showcases Akshay in a badass, massy avatar that will surely be lapped up by the audiences.

Yesterday, Akshay Kumar fans got a nice surprise as the actor announced that he’s signed a film titled Bell Bottom, co-produced by Vashu Bhagnani and Nikkhil Advani and directed by Ranjit M Tewari. It is said to be inspired by true events and is set in the 80s. Just like it happened with Bachchan Pandey, the makers unveiled the first look of Bell Bottom as well along with the announcement and it got a great response. It features the actor in a very retro look which is in sync with the film’s setting and also the title.

Interestingly, the makers have announced that the film will release on January 22, 2021! This means that Bell Bottom will release 29 days after Bachchan Pandey, which is expected to come out on December 25, 2020. It’ll be hence be an interesting time for Akshay fans as they’ll end 2020 and begin 2021 with two diverse yet entertaining films of their favourite star!

However, a source close to the team of Bachchan Pandey hints that the Farhad Samji-directorial might not make it on the said date. The source says, “The scripting of the film is taking longer than usual. Though a final call is yet not taken, the producers are thinking of postponing the shoot.” 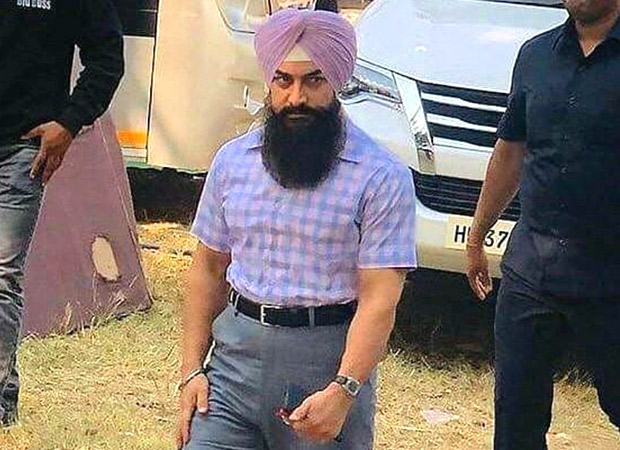 The source further says, “The other reason is that Aamir Khan-starrer Laal Singh Chaddha is also releasing on Christmas 2020. Though his last film Thugs Of Hindostan flopped, his credibility is intact and his films always generated tremendous excitement and emerge as biggest grossers of the year. Laal Singh Chaddha looks excellent and something in Aamir Khan’s zone. Hence, a clash can prove detrimental which is why Bachchan Pandey might move.”

The source before signing off makes it clear, “For all you know, Bachchan Pandey might still make it on Christmas 2020. Even this film is quite exciting. A clearer picture will emerge in the days to come.”

Even if Bachchan Pandey is postponed, Akshay Kumar would still have three releases in 2020 – Rohit Shetty’s action flick Sooryavanshi on March 27, the horror comedy Laxmmi Bomb on Eid and the period drama Prithviraj on Diwali.

Also Read: EXCLUSIVE: Akshay Kumar-Nikkhil Advani’s next is a REMAKE of this successful Kannada film!