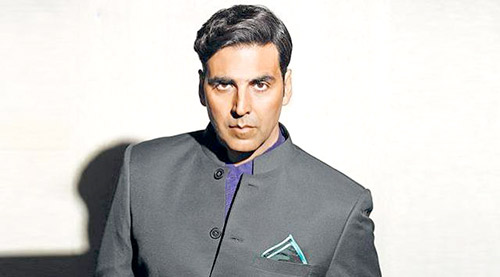 Akshay Kumar has always associated himself with special causes. If you have kept tab on the current affairs, you would know that there is rising concern about the Indians who are stranded in Juba, South Sudan. Though the evacuation process is on, people haven't really seen any progress yet.

Showing concern on the same issue, Akshay Kumar appealed to the External Affairs Minister Sushma Swaraj for the speedy evacuation of the stranded Indians. Akshay wrote, "@SushmaSwaraj Ma'am request for speedy measures and actions to evacuate Indians stranded in Sudan. Prayers with them. #SaveIndiansInJuba."

Soon after Akshay Kumar's appeal, Sushma Swaraj responded by assuring him that they are doing their best to get everyone evacuated. She wrote, "Akshay Kumar ji - Pl do not worry. We are evacuating Indian nationals from Juba (South Sudan)." Later, Akshay thanked the politician for her prompt reply and hoped that the government received success in the operation soon.

In his last film Airlift, Akshay Kumar went through a similar situation. He portrayed the character of an Indian businessman, Ranjit Katyal, who helped in evacuating 1,70,000 Indians safely back to their home country at the time of Iraq-Kuwait war.

As of now, Akshay Kumar is gearing up for the next film Rustom which is inspired from real life incident that took place in 1959. Directed by Tinu Suresh Desai, Rustom is set to hit the theatres on August 12.