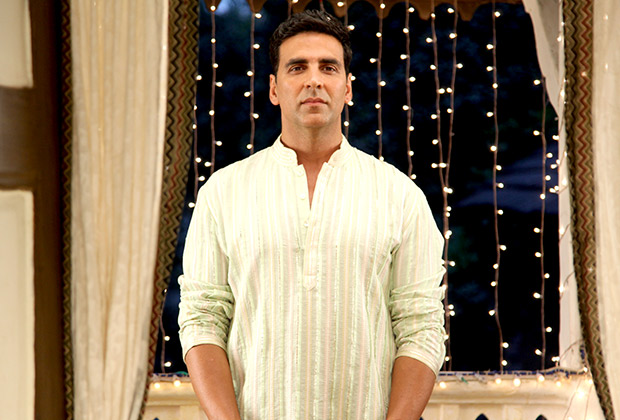 It has only been a few days since Uri, a town in Jammu and Kashmir, became the soft target of a brutal terrorist attack. Many soldiers lost their lives in the major fight. Indians all over the world have condemned Uri attack and urged the government that it was high time some strict actions were taken against terrorism.

Akshay Kumar too was deeply disturbed with the news and had sent his condolences to the families who have lost their loved ones. He wrote, "Heartfelt prayer for the Bravehearts. This mindless terrorism needs to stop. Bus ho gaya!!! Enough is enough!!! Jai Hind. #UriAttacks."

We have now also learned that Akshay Kumar has given financial aid to the families of martyred soldiers in Uri attack. At a recent event, Akshay Kumar honoured their families with cheques worth Rs. 5 lakhs and Rs. 10 lakhs. He said that felicitating them with an award or medal is good but not enough. More things should be done for their families as they need money too. He presented 10 people from the families of martyred with the cheque of Rs. 5 lakhs each.

In 2015, a Border Security Force constable named Rockey died fighting terrorists and killed one of them during the Udhampur terrorist attack. His elder brother Rohit said that it was a great step from Akshay’s side because he was the only actor who thought about them and what a family goes through when a soldier dies for the country. He said that their family felt really nice that at least someone spared some time for them.