Akshay Kumar is on a roll. After giving four hits in 2019 with Kesari, Mission Mangal, Housefull 4 and Good Newwz, he has two releases in 2020 starting with Sooryavanshi and followed with Laxmmi Bomb. While he has signed multiple projects, he is reuniting with producer Ekta Kapoor for an action-comedy. 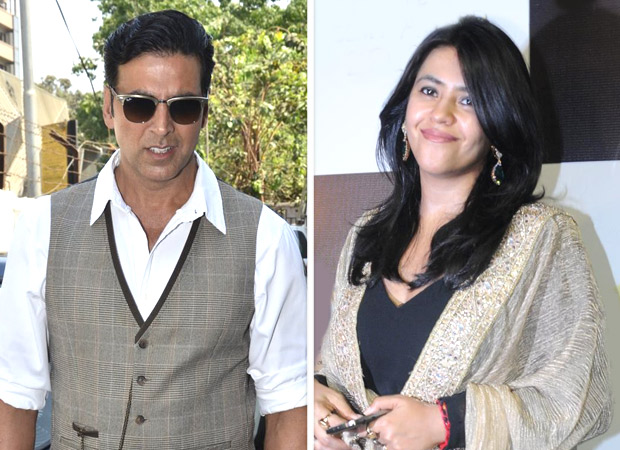 Akshay Kumar zeroed in on the project around 10 days ago. Ekta and Akshay will be reuniting post Once Upon A Time In Mumbai Dobara. The actor is working out the logistics of the film as the makers finalize the script. The action-comedy will be helmed by a debutante director and expected to be made on a lavish scale. The plan is to take the film on the floor by the end of the year and it will be a start-to-finish schedule.

Currently, he is working on multiple projects including Atrangi Re which he will begin shooting in April this year. This will be followed by the Bachchan Pandey shoot that goes on floor in May followed by Bell Bottom shooting in August. The actor does not want to restrict himself to one genre and is working consciously towards signing diverse scripts. He is locking dates currently for next year's releases too. He will reportedly have five releases next year.

Meanwhile, Sooryavanshi starring Akshay Kumar and directed by Rohit Shetty is scheduled for May 27 release. But, if reports are anything to go by, it might hit the screens two days prior to the scheduled release. Laxmmi Bomb, on the other hand, will see Akshay as a transgender and is releasing on Eid this year.

ALSO READ: Akshay Kumar - Rohit Shetty's Sooryavanshi to release on March 24, will be screened 24/7 in Mumbai