The Covid-19 pandemic sent a lot of releases direct to OTT with cinemas being shut for an extended period. However, another fall out of the pandemic lockdown was the stalling of shoots, but with things slowly returning to normal shooting has resumed. Now, we hear that with multiple films being shot, 2021 will be an interesting year with releases. In fact, come Diwali the audience will see a four way clash at the box office with Akshay Kumar, Alia Bhatt, the Deols and Shahid Kapoor going head to head with their respective releases Rakshabandhan, Gangubai Kathiawadi, Apne 2 and Jersey. 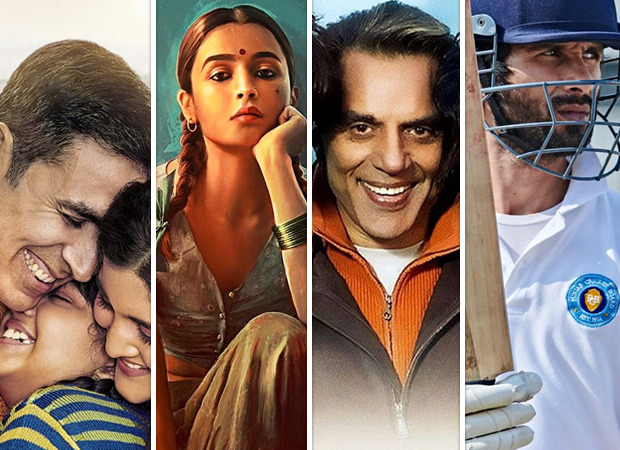 As per trade sources Bollywood Hungama has learnt that Diwali 2021 will see a massive box office clash. Commenting on the same a source says, “Every producer wants to maximize profits from their film, and what better way than to ensure a festive release? Now Diwali is a big festival that has over the years seen massive collections at the ticket window, so it is obvious that filmmakers and producers will be making a bee line to release their films on this date.” Ask the source for details on the clash and he continues, “Yes Diwali 2021 will be a firecracker! We have Akshay Kumar who announced his release Rakshabandhan, Sanjay Leela Bhansali’s Alia Bhatt starrer Gangubai Kathiawadi being readied for release on the same day as well and the Deols returning with Apne 2. Shahid Kapoor starrer Jersey which is a remake of the Telugu sports drama that featured Nani is also slated for a Diwali release.”

“The Akshay Kumar starrer Rakshabandhan and the Deols’ Apne 2 both are family dramas that will appeal to the masses, on the other hand the Alia Bhatt starrer Gangubai Kathiawadi is a biographical crime film based on a chapter of Hussain Zaidi's book Mafia Queens of Mumbai. But knowing SLB, he will tailor the film to suit the Indian family audience. As for the Shahid Kapoor film, Jersey is a sports drama that features cricket at its core, now we all know that this sport is almost a religion in India, so it will be the audience who benefit the most with this clash”, says the source.

Though the clash will be rather interesting, it remains to be seen which of the four films will take a lion’s share of the screens available or be deferred to a later date. “Given the fact that the pandemic is far from over, it remains to be seen whether by Diwali theatres will resume full occupancy. Besides this there will also be a scuffle among the four films to get a larger screen count and maximize viewership”, adds the source.