Known for their unconventional choice of films and roles, Amol Palekar and Naseeruddin Shah continue to be one of the most respected veterans in the industry. The two of them, despite being critically acclaimed, have rarely shared screen space. After the Smita Patil starrer Bhumika and the murder mystery Khamosh, the duo are all set to come together on the big screen. 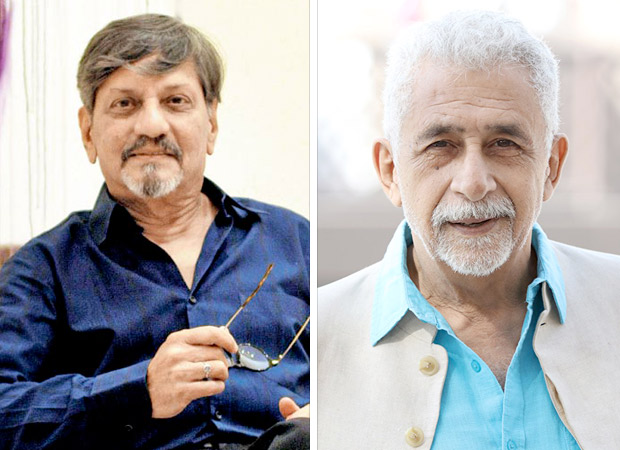 This time around, it is for a Mahesh Manjrekar directorial, an untitled Hindi film. Yes, Naseeruddin Shah recently spoke to the media wherein he expressed his excitement about collaborating with his Khamosh co-star. Although he didn’t divulge too many details, Naseer spoke of the film stating that it is family drama. He added that it will have intense scenes and a bit of action too. On the other hand, Amol Palekar reportedly refused to comment on it.

Reminiscing about being associated with Amol Palekar in their past projects, Naseeruddin Shah also spoke about their two ventures. He revealed about how the 1977 film Bhumika didn’t have any scene featuring them together. For the uninitiated, Bhumika featured Smita Patil as the protagonist and Amol Palekar as her abusive and much elder husband. Naseeruddin Shah played the self-centered director who has an affair with Smita’s character.

On the other hand, their other film Khamosh featured them together. The film featured Naseeruddin Shah as the military man and Amol Palekar as an established actor. The crime thriller was directed by Vidhu Vinod Chopra. However, despite the rarity of the two actors coming together, Naseeruddin Shah had worked with Amol Palekar in the latter’s directorial Paheli. He had given the voice-over for this Shah Rukh Khan and Rani Mukerji starrer that was set in Rajasthan.

As for this Mahesh Manjrekar directorial, the details of the rest of the cast is yet to be revealed. However, the untitled film is expected to go on floor in June. It will be extensively shot in Mumbai. According to Naseeruddin Shah, it will be shot in the interior locations of the city which Manjrekar is well-versed with. Jisshu Sengupta, who has been a part of Hindi films like Piku and the upcoming Manikarnika – The Queen of Jhansi, too is expected to be a part of this film.