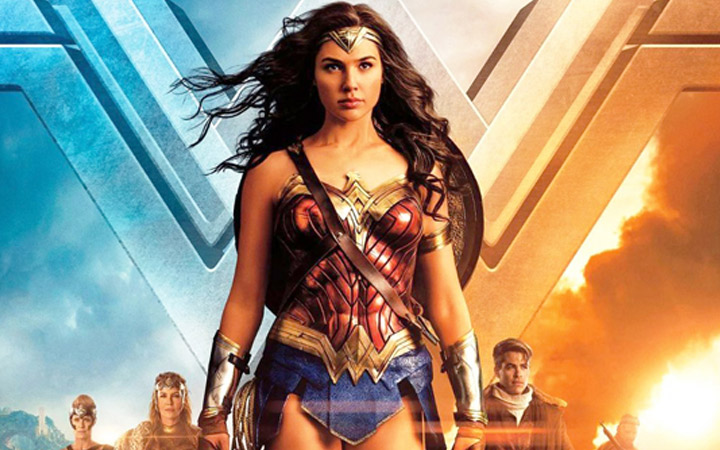 Over the past few years, we have been witness to the development of both the MCU (Marvel Cinematic Universe) and the DC Extended Universe with each line of comics laying out the roster of their own superhero league with films that have progressively introduced each character. Following the same path is the latest release WONDER WOMAN which promises to introduce Diana Prince, the princess of the Amazons AKA Wonder Woman. But will the film leave the audience in awe and wonder or will it be just another setup film to something bigger later is the question.

WONDER WOMAN, unlike Gal Gadot’s portrayal of the character in a brief scene in BATMAN VS SUPERMAN, is much younger and naïve just setting out on a journey that will make her Wonder Woman. The film starts off in present day Paris where Diana Prince working at the Louvre receives a package from Bruce Wayne containing a copy of an image that features her standing with a rag tag bunch of soldiers comprising of Steve Trevor (Chris Pine), Sameer (Said Taghmaoui), Charlie (Ewen Bremner) and The Chief (Eugene Brave Rock) taken around the time of the First World War. From here the film goes hundreds of years back to the time Diana was just a girl being raised on the shielded island of Themyscira. Daughter of Hippolyta, the Queen of the Amazons, Diana displays her eagerness to become an Amazon warrior at an early age; however her mother, despite her aunt Antiope’s persistence, forbids her from training. Ignoring her mother, the queen, Diana begins training with Antiope in secret, until eventually her mother caves in and tells her sister to train Diana the hardest eventually making her the strongest among them. One day, Diana after training and defeating the best of the Amazons, runs off to be alone only to see a plane, something that she has never been seen before, crash into the sea. With no second thoughts, Diana dives into the water to rescue the pilot, Steve Trevor. Though she saves him, she soon realises the German forces who were persuing him cross the barrier that has till now shielded their island, wreaking havoc on the beach. In the ensuing skirmish though the Germans are overpowered, some of Amazons are killed, following this, Steve is taken prisoner and interrogated to learn why and how he has landed here. On hearing of the endless war that rages in the world, Diana makes up her mind to fight Ares, the god of war, and kill him to eventually bring peace to the land. But will she succeed or will she be overpowered is what forms the rest of the film.

Starting of, WONDER WOMAN is simply put stunning and the casting of Gal Gadot is spot on with the actress more than suiting the part. In fact not many superhero films of today can boast of featuring an origin story that not just details the character’s background but also entertains in the process. However, this film does exactly that while at the same time is a visual spectacle. Director Patty Jenkins does a marvellous job of recreating an era that has long since been relegated to the history books. In fact Jenkins details each aspect of the terrible war while at the same time manages to keep the viewer in his seat with the film proving to be a ride that entertains with well-timed comic relief, good visuals and action sequences that are executed with aplomb. The first half of the film introduces Diana as a child and gradually progresses as she grows into the warrior that she is today. However, post the interval, things slow down, with Diana leaving the sheltered island of Themyscira to kill Ares. Here, the rather dreary death and destruction of the world war era are portrayed very well, but the colour drained war torn landscape severely dampens the viewer’s spirit. But, Jenkins still manages to keep the viewer in his seat. 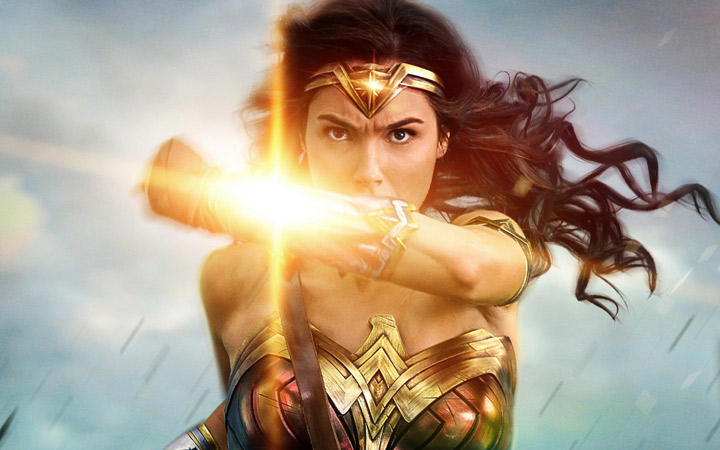 Coming to the performances in the film, Gal Gadot as Princess Diana/ Wonder Woman is spot on in her portrayal of the part. Her gradual evolution from a naïve islander to the well informed and wiser Diana Prince is effectively portrayed laying the foundation for another film. Chris Pine as Steve Trevor does a convincing job as the American spy who had been behind enemy lines. His act as Steve and his earnest longing to see the end of the war and subsequent sacrifice that eventually brings Diana to her full potential is well captured. Though the film centres on the characters of Diana and Steve, the rest of the cast too performs equally well in their given roles.

Coupled with the good direction and unquestionable performances are the script and editing that have been done precisely adding to the overall visual appeal of the film. The well-choreographed and subsequently executed action sequences will definitely leave you wanting more. Here a point of mention needs to be given to Jenkins who captures precisely the right moments in slow motion thus giving each fight sequence a larger than life feel. The recreation of a lost era and the visuals of war along with the explosions have been well developed in CG.

On the whole, the script, story and film in entirety does full justice to WONDER WOMAN. In fact, the film is certainly a must watch. However, though the content alone of the film is enough for it to perform well at the global box office, within the Indian market, WONDER WOMAN faces an uphill task at the box office given the fact that the Indian arm of Warner Bros have done rather low key promotions for the film, and compounded this with a rather limited release in just one language, English.