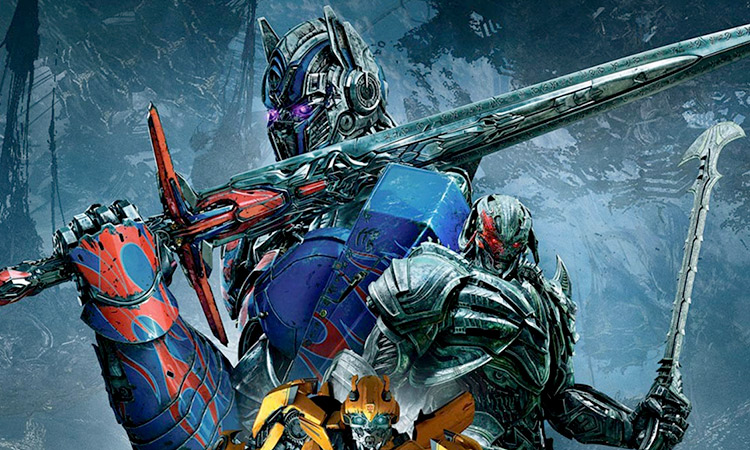 Back in 2007, we saw the release of the film TRANSFORMERS which was an adaptation of yet another comic book that told the story of mechanized sentient life forms. Now almost a decade later, the films have developed into a franchise with the fifth instalment hitting screens this Friday. But will the fifth edition titled TRANSFORMERS: THE LAST KNIGHT transform into a success story at the box office is what we analyse.

Starting off from where the previous film TRANSFORMERS: AGE OF EXTINCTION ended, the latest in the series TRANSFORMERS: THE LAST KNIGHT follows the journey of Optimus Prime who eventually finds his dead home planet, Cybertron, in which he comes to find who was responsible for its destruction. Convinced by a higher power to bring Cybertron back to life, Optimus sets out on a mission to find an artefact that is on Earth. From here the film switches to the past, it is 484 AD, King Arthur's wizard Merlin forges an alliance with the Knights of Iacon, a group of twelve Transformers who have been hidden on Earth. The knights give Merlin an alien staff, and combine into a dragon to help Arthur triumph over the Saxons. The years pass and the staff is lost to history. In the present day, the governments on Earth have declared Transformers illegal, and the multinational Transformer Reaction Force (TRF) has been formed to eliminate the alien robots. Despite the absence of Optimus Prime (who left the planet to search for his creator), new Transformers continue to arrive regularly; the newest ship to arrive crash-lands in Chicago, where it is found by a group of children. When a TRF mecha confronts the kids, they are saved by Izabella, a survivor of the Battle of Chicago, and her Transformer companions Sqweeks and Canopy. Bumblebee and Cade Yeager arrive and help them escape, but Yeager is unable to save the Transformer, Steelbane, in the ship. Before he dies, Steelbane attaches a metallic talisman to Yeager’s body—an act observed by Decepticon Barricade, who reports to his leader Megatron. From here on starts a struggle between the remaining Autobot transformers along with Yeager and the Decipticons to acquire the staff that will save Cybertron.

Much like the previous films in the series TRANSFORMERS: THE LAST KNIGHT boasts of high octane action sequences that are not just shot on a large scale but also executed to create awe and wonder in the viewer’s mind. Director Michael Bay who has consistently been outdoing himself with each new transformer flick has done it yet again. The enormity of the canvas and the imminent doomsday knell that rings is portrayed on epic global proportions. However, despite the slickness of the film and the visuals that keep you gripped, the film does have its flaws. Though one does not expect an enthralling story line from a film like this, the rather weak plot and the by now monotonous idea that the world is going to end and the only hope of survival is Optimus Prime and his Autobots, does become a downer. If that wasn’t all, the film is pretty lengthy with a run time of nearly two and a half hours. This unexpectedly long run time, which could easily have been solved on the edit table, makes the film a bit of a drag and drawn out. 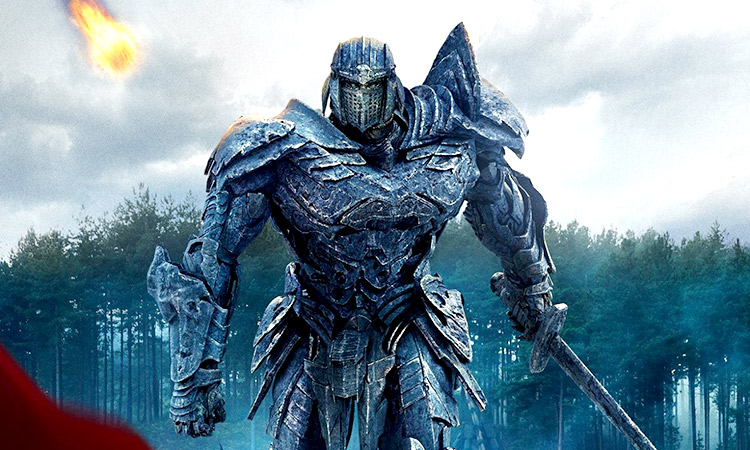 The background score of the film by Steve Jablonsky, who incidentally has composed the music for all of the films in the TRANSFORMERS series, goes a long way in building up the onscreen happenings for a final crescendo during the climax. Jonathan Sela, who has earlier displayed his capabilities with films like MAX PAYNE, A GOOD DAY TO DIE HARD and JOHN WICK to name a few, does it yet again, as the DOP Sela excels in showing sweeping visuals that capture the grandness of scale that is heightened with the VFX. Mark Sanger, John Refoua, Adam Gerstel, Roger Barton, Debra Neil-Fisher and Calvin Wimmer who lend their abilities on the editing table do an equally good job. However, despite the rapid progression on screen there are instances that could well have been trimmed, reducing the total run time of the film. Anthony Caron-Delion heads the art department and does well with the on screen visuals, assisted by Todd Cherniawsky who developed the sets of the film, the duo manage to add a much needed scale to proceedings.

Coming to the performances, though most of the characters are CGI developed, the live action actors viz. Mark Wahlberg as Cade Yeager, Josh Duhamel as Colonel William Lennox, Laura Haddock as Vivian Wembley and Isabela Moner as Izabella are decent. However, the inclusion of Anthony Hopkins as Sir Edmund Burton though only in a cameo is pretty entertaining. Given the fact that Hopkins’ character acts as a link between the past and the present, the actor who has in the past held up films on his more than capable shoulders does yet another magnificent job with his limited role.

On the whole, despite its weak story line, TRANSFORMERS: THE LAST KNIGHT is a visual treat for the fans of the franchise. Also, given that there is no prominent release at the Indian box office this week; this is a good big screen experience for action movie lovers.