Movie Review: TOY STORY 4 is an entertaining fare as a standalone film and an even better one as a finale to a saga. A definite must watch for the young and old alike.

In 1995, we were introduced to the characters Woody and Buzz Lightyear, along with a host of others with the film TOY STORY. Since then, we have seen two other films in the series release with Woody and Buzz playing the mainstay characters who though being just toys have imparted valuable lessons. Now nine years after the last film in the franchise hit screen, we see the release of TOY STORY 4. Promising to recreate the feelings of old, the new film yet again brings the two main characters to the forefront, while interweaving a social lesson for viewers. But will this new film from Pixar live up to expectations or will it be just another animated flick is what we analyse. 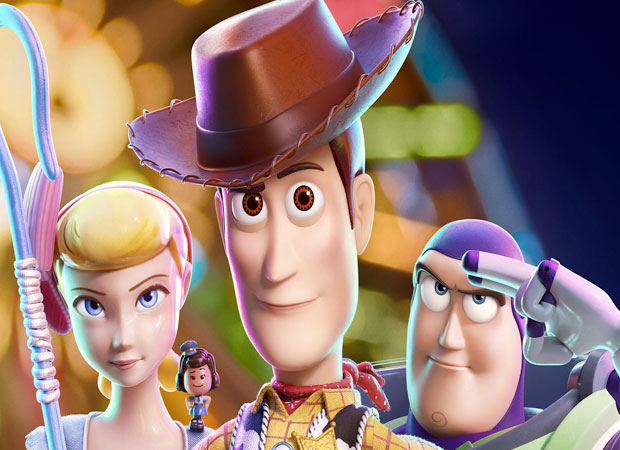 TOY STORY 4 begins with a prelude to what has happened since the first film. Though brief, the segment manages to capture the essence of the past, and gradually transforms into the present. From there we are taken into the world of Woody, Buzz Lightyear and the rest of the gang whose new owner Bonnie is all set to start a kindergarten. Woody, once a favourite is now cast aside, but staying true to his nature, the cowboy goes above and beyond to ensure Bonnie is happy on her first day in kindergarten. While there, Bonnie makes a new toy from a spork, who she names Forky. However, all hell breaks loose when the family along with the toys head out on an adventurous road trip that turns into an unexpected reunion, as Woody's slight detour leads him to his long-lost friend Bo Peep. As Woody and Bo discuss the old days, they soon start to realize that they're worlds apart when it comes to what they want from life as toys.

For those of you who remember the Pixar animated films from the days past, let us just say that TOY STORY 4 is sure to bring back fond memories. With characters that have already been developed over the past three films, a watertight script and a story that takes viewers on an emotional roller-coaster ride with twists and turns when least expected. In fact, TOY STORY 4 is exactly what you expect a Pixar animated film to be, replete with family values and messages conveyed in an entertaining fashion that connects with kids and adults alike. For those of you who have watched the TOY STORY saga unfold, the latest film is a perfect culmination to the franchise.

Director Josh Cooley has done exceedingly well in developing a film that not only keeps up the pace but also gives viewers much needed breathers to slow down and enjoy the plot. The animation is as expected, seamless and visually stunning. From the quick paced sequences to the way each character responds and acts, it is emotions that are the main focus. Another point that needs to be mentioned is the fact that the writers and director have developed the film in such a way that viewers who will be watching this as the first film in the TOY STORY franchise will be able to understand the nuances of friendship between Woody and Buzz, and the rest of the gang.

In terms of animation, Pixar has risen to the call and have done an excellent job with making the film. Refined finishes, believable movement and most of all, visual emotions that convey feelings effortlessly are what makes TOY STORY 4 stand out.

On the whole, TOY STORY 4 is an entertaining fare as a standalone film and an even better one as a finale to a saga. A definite must watch for the young and old alike. At the box office, the film will face competition from the other big releases, and with low key promotions, the film might find the going a bit tough.