You don't really carry many expectations when it comes to the music of Paltan. There is limited scope when it comes to the soundtrack of a war film and even though JP Dutta is the maker here with Anu Malik as the composer and Javed Akhtar as the lyricist, a track like 'Sandese Aate Hain' is far and few. Moreover, there are just three tracks in Paltan and one plays these on to check out what's in the offering. 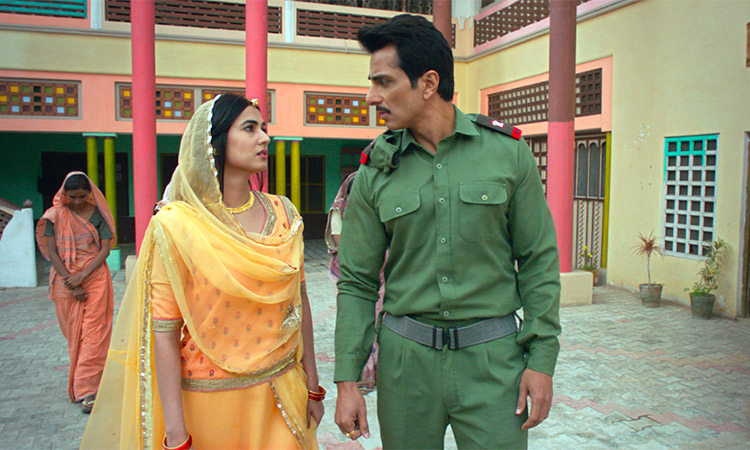 Each of the three tracks in the film is over six minute long and the first to arrive is 'Paltan Title Track'. As the drum rolls and the sound of whistle greets you, you expect something interesting from the composition. However, the moment you hear the rendition, you wonder how the team could come up with such an outdated tune. This one actually reminds one of the Doordarshan era and everything from music to lyrics to rendition by Divya Kumar, Irrfan, Adarsh & Khuda Baksh is so elementary that you quickly snap on to the next song in line.

Sonu Nigam is the chosen one for the next two songs, and he goes solo for both. First to arrive is 'Raat Kitni' and this one has a sad undertone to it. Again, the tune has a very old fashioned feel to it that your heart actually sinks, and that too in not a good way. A number about 'raat', 'yaad' and 'beete lamhe', it is set for a situation in the film where soldiers remember their loved ones. In the film though, the song may just about manage to make its presence felt if it adds on to the emotional quotient of the narrative.

Last to arrive is 'Main Zinda Hoon' which could well be on the lines of 'Mere Dushman Mere Bhai' [Border]. Expected to play just before the closing moments of the film, this one is about a solider reminiscing the good times and how he has fulfilled his responsibility as a patriot even as he has left for the heavenly abode. Again, a situational track.

The music of Paltan is barely average and doesn't really inspire one for many repeat hearing.