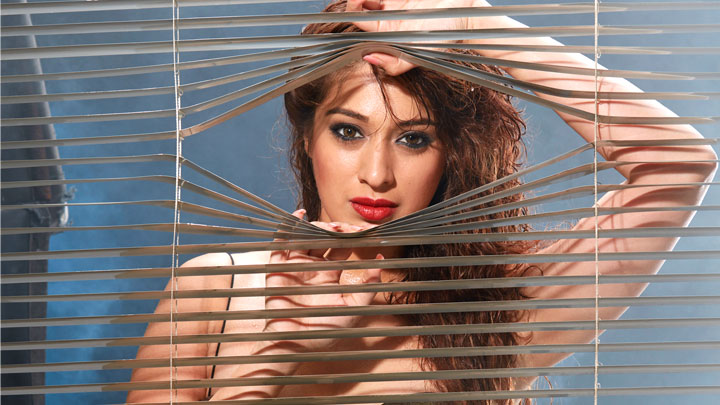 You expect a conventional soundtrack in Julie 2 with a couple of item numbers and a couple of situational tracks. Since the film hasn't really been promoted for its music so far, you wait to be surprised with anything more than ordinary that is included in the album.

Rooh Band with Atif Ali pair up for a couple of songs in Julie 2. First to arrive is the title song 'Oh Julie' which is rendered by Anupam Nair. A 90s style song that is written by Sameer Anjaan, this one has some basic lyrics going for it with nothing really separating it from what has been heard before dozens of time. With a peppy feel to it, this one should fit in well into the narrative with good picturisation helping its cause.

Newcomer Mistu Bardhan takes the lead for 'Kabhi Jhoota Lagta Hai' and sings in the manner that Alka Yagnik used to back in the late 80s and early 90s. An old fashioned number, it is in fact quite surprising to find a composition like this in Julie 2 which is set in contemporary times. 25-30 years back a song like this may have possibly worked but in 2017, it comes across more as a retro outing rather than nostalgic. However, when the same song is heard again as 'Aise Kya Baat Hai', this time with Palak Muchhal taking the lead, it turns out to be a relatively better hear. This version should have actually arrived earlier.

Viju Shah is heard after a hiatus as he composes item number 'Kharama Kharama'. Yet another number that has an 80s feel to it, this one is written by Sameer Anjaan and is rendered by Pawni Pande. With a woman being compared to 'tandoor' and 'rasam', one can well imagine the stage and setting that the song would be carrying. Perhaps a parody on item numbers that ruled in South films of the 80s, this one is immediately passable.

Yet another item number finds a place in Julie 2, this time with composer Javed Mohsin and lyricist Shabbir Ahmed pairing up for 'Mala Seenha'. Yet another number belonging to the late 70s and early 80s, this one is rendered by Mamta Sharma, Shabab Sabri & Danish Sabri, and makes one look in the other direction just one minute into the song.

Another track with the same team as 'Oh Julie' is 'Koi Hausla Toh Hoh' and this one turns out to be a much better outing. A rock outing, this one should actually have found a place much earlier in the album. Not that this one is exceptional but still when compared to rest of the soundtrack which just doesn't impress, at least 'Koi Hausla Toh Hoh' sounds comparatively better.

Even though one didn't expect much from the soundtrack of Julie 2, the final results are lesser than even that. Disappointing.