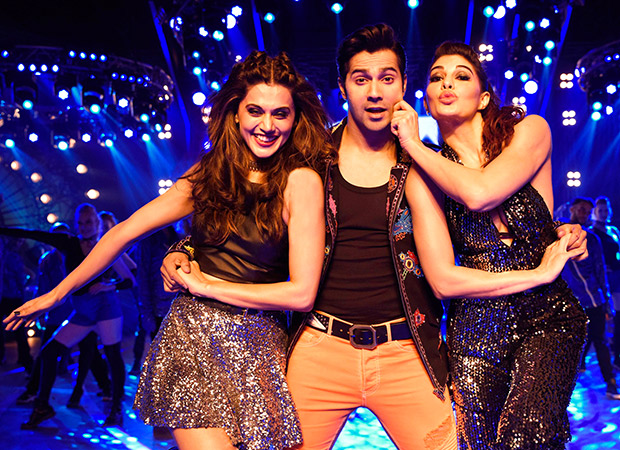 The moment it was announced that a couple of chartbuster songs from the original Judwaa [‘Tan Tana Tan’, ‘Oonchi Hai Building’] would be heard in Judwaa 2 as well, there was immense curiosity to check out what the entire soundtrack would have to offer. Add to that the fact that Varun Dhawan is leading the show as a central protagonist and he has a good track record when it comes to music, Judwaa 2 carries good expectations.

The moment composer Sandeep Shirodkar kick-starts the proceedings for 'Chalti Hai Kya Nau Se Barah', you are pleased with the fact that the original sound of 'Tan Tana Tan' hasn't been tampered with at all. This is good news since it is better to retain the song as-is instead of experimenting much since it always has scope for comparisons been drawn. In case of this song which has been originally composed by Anu Malik and written by Dev Kohli, the impact is just the same as it was 20 years back and that is also made possible by the manner in which Dev Negi and Neha Kakkar sing this one.

A celebration song comes in next in the form of 'Suno Ganpati Bappa Morya' which has a trademark fun sound by Sajid-Wajid. The composers along with lyricist Danish Sabri make sure the song carries good amalgamation of devotional aspect along with youthful charm that is unique in its presentation. Amit Mishra renders this song that has a 80s feel to it and while his voice does suit Varun Dhawan to the T. Overall too it does well as a situational track in the film's narrative.

The high point of the soundtrack comes though with 'Oonchi Hai Building 2.0' where the best part is to listen to the voice of Anu Malik all over again. His rendition from 1997 is kept intact and that brings in ample nostalgia which ensures that the song, which has Sandeep Shirodkar stepping in for recreating the composition, is a terrific hear even two decades down the line. Neha Kakkar does quite well too and ensures that this Dev Kohli written track entices the youth from the current generation quite seamlessly. Hit!

Last to arrive is Meet Bros' 'Aa To Sahii' which carries on the spirit of 'Chalti Hai Kya Nau Se Barah' and 'Oonchi Hai Building 2.0'. Its placement in Judwaa 2 is quite good and it is surprising that the song hasn't carried as much distance as the aforementioned numbers. Written by Sonu Saggu, this fun track is sung well by Meet Bros while Neha Kakkar is especially quite impressive in her trademark naughty vocals. Roach Killa's rap portions are non-intrusive, hence making 'Aa To Sahii' a good hear.

The music of Judwaa 2 does well in bringing on the nostalgia while also appealing to the current generation. This one is a chartbuster all over again.