You don't really look for anything remarkable from the soundtrack of Hotel Milan since the film's promo hasn't made much of a mark either. While there are close to half a dozen songs in the soundtrack, one waits to offer what does the team of multiple composers, lyricists and singers has to offer. 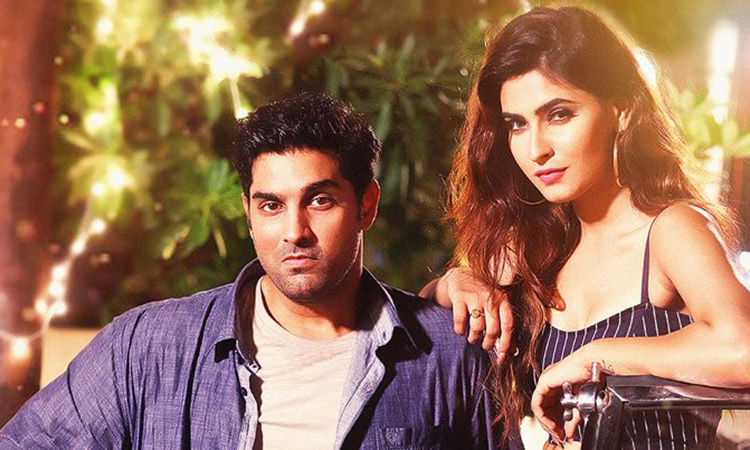 The album kick-starts with 'Stepney' and one wonders what really convinced the makers to have this Kumaar written number as the opening track. A 60s style song that could well have been picturised on the likes of Johny Walker or Mehmood, this one tries to be all funny. However, Harshit Saxena is unable to do the job either as a composer or singer and the song falls totally flat.

Amjad Nadeem takes charge as the composers and lyricists for the title track 'Hotel Milan'. Again, right from the beginning itself you are hardly enticed as singers Brijesh Shandilya and Shyamoli Sanghi are unable to get the momentum going. Again, this one has an 80s style Doordarshan TV serial title song feel and it is tough to listen to it right till the end. Enbee tries to bring in some excitement as a rapper but to no avail.

Later, Enbee steps in as a composer-lyricist-singer for 'Badi Happening Lagti Ho' which is spearheaded by him along with Jyotica Tangri and Raahi. It tries to be all peppy and fun but then there is really nothing to look forward to in there either at the beginning, middle or the end portion. Yes, comparatively it is better than the two songs heard before but then that's hardly any solace.

Harshit Saxena is back and this time he brings Shaan and Shailey Bidwaikar on board for 'Allaudin' which arrives twice. Yet again the song is set in the 60s mode and one wonders in exasperation that who actually approved music like this in current times. Written by Dev Narayan, this one aims at bringing on some energy in the narrative but rest assured it would warrant quick-skip when it appears in the film.

Composers Kashi-Richard come together with Ruchit H Patel, who not just puts together the music but also sings 'Saansein' which is written by Sanjeev Chaturwedi. By this time you have pretty much given up on the music and hence there is hardly any disappointment when 'Saansein' too turns out to be a rudimentary track with no excitement quotient whatsoever. This one is a love song with hardly any love in there.

Amjad-Nadeem are the composers-lyricists for 'Aa Zara', a romantic number which concludes the soundtrack. This one actually turns out to be the best of the enterprise and even though it is not exceptional either, it still has some feel to it. Aakanksha Sharma sings this soft moving number well and the Western mode helps the pace in being easy and breezy as well. This could well have appeared at the beginning.

The music of Hotel Milan is by and large a disappointment.