Fantastic Beasts and Where to Find Them (English) Movie Review 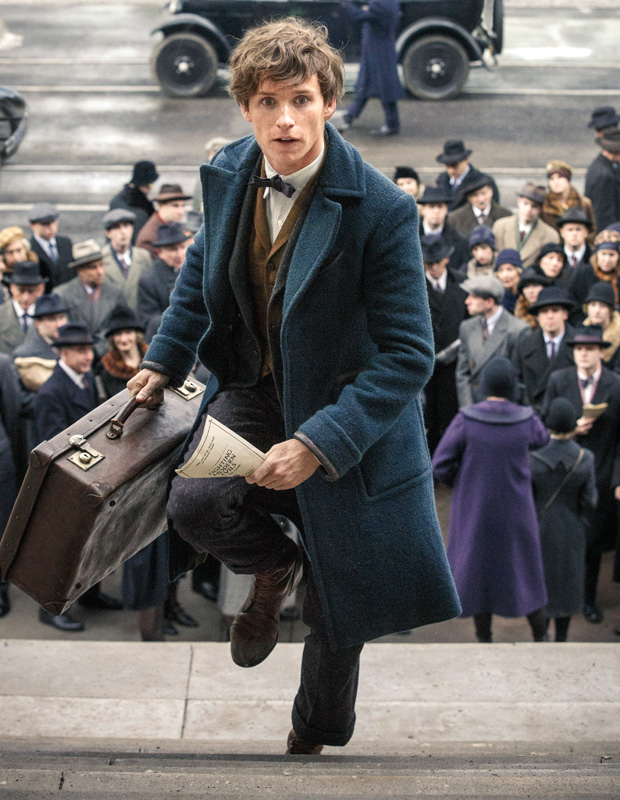 Last week was rather slow for films, with releases suffering the aftermath of the demonetization of currency notes. Though things are a bit better now, the audience is still sceptical of spending money on entertainment over necessary goods. However, this week we see the release of a much talked about English film, FANTASTIC BEASTS AND WHERE TO FIND THEM, which is basically a prequel to the famed Harry Potter series. But will this film entice the Indian audience like the Harry Potter movies did, or will it go unnoticed, is what we’re about to analyse.

FANTASTIC BEASTS AND WHERE TO FIND THEM is set in the year 1926, 54 years before Harry was born. The protagonist Newt Scamander (Eddie Redmayne) later writes a book by the same name, based on his experiences shown in this film.

Newt has just completed a global excursion to find, document and protect an array of extraordinary magical creatures. He takes a brief stopover in New York before reaching Britain to file his findings with the Ministry of Magic. However, things go haywire when he encounters a No-Maj (a non-magical human being, whom the British wizards refer to as Muggles). The No-Maj is a local baker by the name of Jacob Kowalski (Dan Fogler), and their identical briefcases get exchanged by mistake. Though this wouldn’t usually amount to much, the problem is the contents of Newt’s magical briefcase, which results in a flurry of messy events. In an attempt to reclaim his briefcase, Newt hunts down Jacob. Unfortunately, the clasp of the briefcase comes undone, releasing a few creatures that scatter across the city. Now, Newt must track them down and place them back into the briefcase before they wreak havoc in the city. In the scheme of things, Jacob unintentionally becomes Newt’s accomplice, only to discover deeper, darker secrets that the magical community is trying to guard from the human world. Newt loves his beasts and maintains that they will cause no harm and that the only harmful creatures in the world are in fact humans. Timid and slightly nutty, will Newt manage to retrieve his magical beasts? Will he be able to end the darkness that threatens to end either one of the races—wizards or the No-Majs. Or will he fall victim to the plots set up by darker forces that lie ahead in the film?

Going into the film, every viewer who has read anything about it will have one question on their mind, ‘Will the film really live up to the Harry Potter saga?’ With a sceptical approach the viewer will soon be pacified as J.K. Rowling’s storytelling abilities transport them into a different reality. Once again, she creates a fantastical world in which the story takes place, while giving the viewer a ring side seat to witness the spectacle. Director David Yates, who also worked on the last couple of Harry Potter films, does an incredible job of bringing Rowling’s work to life. The introductory scene may seem a bit stretched and slow, but it keeps the viewers on the edge of their seats with fleeting glimpses of something spectacular that is in store. Though at the start none of the characters are explained, each one is introduced with a brief outline that is fleshed out with backstories as the film progresses. Apart from the onscreen goings, much like the Potter series, Rowling manages to create a bond between each of the main characters that lends a whole realm of emotional value to the film. Coming to the visuals, FANTASTIC BEASTS AND WHERE TO FIND THEM is a treat for the eyes. Watching the film in IMAX 3D with a narrative that is well-scripted, infusing action, drama and humour into a rollercoaster ride of highs and lows, is likely to transport the viewer into a universe worth exploring.

Talking about the performances, Eddie Redmayne has once again proved his mettle at playing the awkward individual. He portrays the character of a man who is socially awkward around people but at his best and in control among his beasts. Dan Fogler as the muggle Jacob Kowalski acts as the comic relief, who constantly is at sea being unable to comprehend the happenings in the magical world. Katherine Waterston as Tina, one-time Auror who finds herself smack in the middle of everything, does justice to her part. Colin Farrel as the principal investigator of the group of magicians who work as special agents in New York is brilliant. He commands fear and respect that his character demands in the film. Other actors in the film are cast brilliantly and perform their parts convincingly.

On the whole, recreating an era gone by filled with unworldly magical beasts; FANTASTIC BEASTS AND WHERE TO FIND THEM takes the viewer on a rollercoaster ride of suspense, thrill and drama, interspersed with humorous moments that click. Though not essentially a prequel, the film come across as a brilliant independent story that happens to fall into the realm of the Harry Potter universe. At the box-office, the film will be lapped up by Harry Potter fans and fantasy film lovers; however, due to the lack of publicity in India by the studio, the film will have to depend on strong word of mouth to grow.

Fantastic Beasts and Where to Find Them (English) 3.5 Bollywood Hungama News Network 20161118