Blackmail is not the kind of film that you expect to be a musical. As a matter of fact you believe that there would be only three to four songs which may play in the background. Hence, it is surprising to see as many as half a dozen songs incorporated into the soundtrack with multiple composers, lyricists and singers roped in for the job apart from Amit Trivedi and Amitabh Bhattacharya. 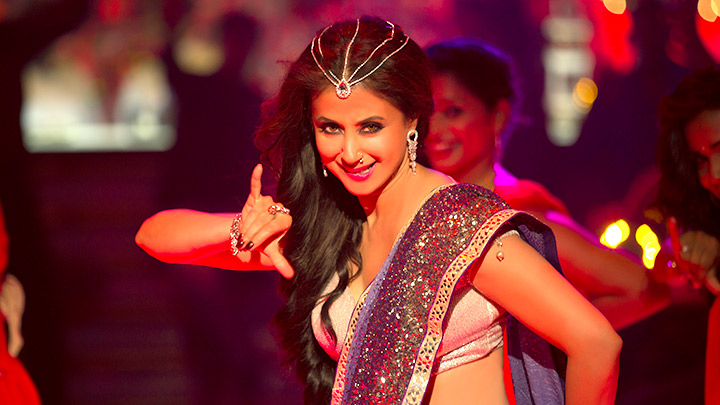 Badshah kick-starts the soundtrack with 'Happy Happy' which has all the typical ingredients that make for a song coming from his fold. With Aastha Gill joining him behind the mike, Badshah is in good form for this song that should find an interesting placement in the film. The hook is good too around the words 'Happy Happy' and you want to play this one repeatedly.

Preet Hundal's popular Punjabi number 'Patola' is recreated by Guru Randhawa and you enjoy listening to the foot tapping number all over again. If you come from the Northern part of India, especially Punjab and Delhi NCR zone, you wouldn't have missed this song playing in celebrations and festivities. One now waits to see how 'Patola' finds a place for itself in the narrative of Blackmail.

From this point on composer Amit Trivedi and lyricist Amitabh Bhattacharya take over and the first song that they have to offer is an item number 'Bewafa Beauty'. Also being highlighted as the comeback song of Urmila Matondkar when it comes to her big screen outing, this one has Pawni Pandey taking center-stage as the singer. Though 'Bewafa Beauty' has a catchy hook to it, it could have done better with some more zing to it.

Amit Trivedi pairs up with rapper DIVINE (who also writes rap lyrics along with Dhaval Parab) for 'Badla', an out and out situational number. With a Western base to it, one can well expect parts of this to arrive at multiple junctures in the film. Though it isn't a kind of number that you expect to play on after the film's run in theaters is through, in the film it could well leave some sort of an impact.

There is some 'thehrav' in the album at this stage of the album as Amit and Amitabh come up with 'Nindaraan Diyaan' and ‘Sataasat’. These are couple of those songs which totally belong to their territory as the music is just the kind that one associates with the composer-lyricist. Though they aren't the kind that go on to become chartbusters, as a different kind of a love song and theme track respectively which appeal to certain class audience, they just about fit in.

The music of Blackmail takes a decent start when a couple of 'happy' tracks come in. However, latter half of the album is all about getting into a situational zone, which somehow restricts the overall musical appeal.