Last Updated 05.07.2022 | 9:37 PM IST
feedback language
follow us on
Bollywood Hungama » Movies » Movie Reviews » The Black Phone (English) Movie Review: THE BLACK PHONE makes for a decent watch, but could have been exceptional had there been a more dramatic climax.

The Black Phone (English) Movie Review: THE BLACK PHONE makes for a decent watch, but could have been exceptional had there been a more dramatic climax.

Despite the chilling performance THE BLACK PHONE is a decent watch due to the lack of a dramatic climax.

Horror films over the years have developed a niche audience for themselves – be it supernatural horror, or post-apocalyptic films that delve into the dark and macabre. Not surprisingly, suspense thrillers bordering on the lines of a horror flick seems to be a flavour that a few enjoy as well. Now adding to the list of such films is THE BLACK PHONE, directed by Scott Derrickson. But will the suspense horror thriller manage to entice the audience or will it fade away without mention is the question of the hour. 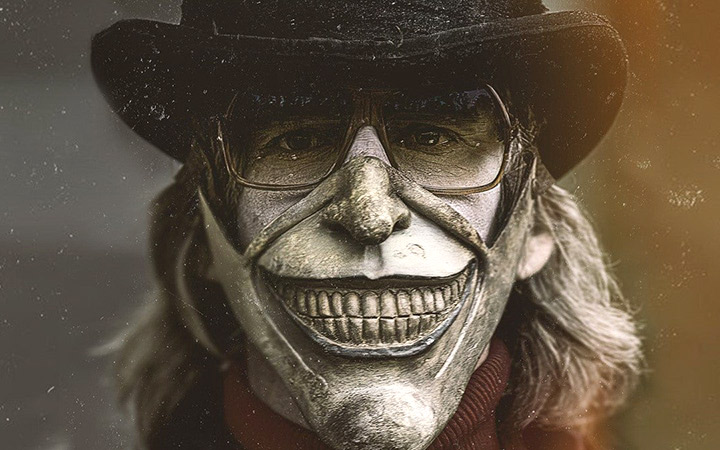 Set in 1978 THE BLACK PHONE follows the story of five children who go missing in a suburban Colorado town. Young baseball pitcher Finney Shaw becomes the sixth victim when an unknown individual dubbed as ‘The Grabber’ kidnaps him. After his abduction, Finney wakes up in a soundproof basement with a disconnected black phone. Uncannily, the phone continues to ring, despite not being connected.

While trapped in an unknown basement, Finney quickly learns of the phone's ability to transmit the voices of the Grabber's previous victims, who want to help him escape. Meanwhile, Finney's sister Gwen experiences psychic dreams that send her on a quest to find him. Will her dream lead her and the police to Finney and his kidnapper, will Finney survive the ordeal, will the cavalry arrive too late, or will The Grabber get away with yet another abduction? This is the question which leads the rest of the film.

THE BLACK PHONE starts by laying the setting and scenario of a 1978 suburban working class residential community that despite being close knit is rather oblivious to what happens in the neighbourhood. From there the film, advances to portraying the main character Finney (Mason Thames) who like any kid tries his best to face or rather avert a confrontation with his bullies. During this introduction, the viewer is also briefed about Finney sister Gwen (Madeleine McGraw), their alcoholic abusive father Terrence (Jeremy Davies) and the other characters who fall victim to The Grabber (Ethan Hawke).

Not spending much time on character introductions and backgrounds, the film advances rapidly, but despite this the progressions seems to lack pace in the first 15 minutes. However, things soon begin to pick up with new victims going missing. Here, director Scott Derrickson has done well to depict the general atmosphere of underlying anxiety, dread and terror that grips the working class suburban neighbourhood. Once the first victim gets abducted, the pace of the film gradually increases with the background score keeping in step building the crescendo.

Post interval, the film retains its pack for a major part with Finney attempting to escape while at the same time trying to avoid confrontation with his abductor. However, towards the climax, THE BLACK PHONE slows down again, with an end sequence that seems like the makers ran out of time and hand to end the film in a rush.

Coming to performances, Ethan Hawke as The Grabber has done a commendable job in portraying his role, bring out an evocative and chilling experience in a limited speak part, Hawke has relied on exuding terror with body language and stance. In fact, for most part of the film Hawke features a mask over either his entire face or half, which limits his expressive abilities. Despite this, he has managed to put up a fine performance. Mason Thames as Finney is good in his given role as the sixth victim. While for most part his role does not involve much emoting, there are high-tension sequences and crucial suspense points at which Thames shines. From expressing his anxiety, to his desperation and exasperation, the young actor has done well. Madeleine McGraw as Gwen and Jeremy Davies as Terrence have likewise done a good job.

Aiding these performances is a background score by Mark Korven who manages to pitch the tonality of the scenario perfectly in audio. For any horror thriller, or suspense film the bone chilling yet passive score plays a major role. In THE BLACK PHONE as well, the score keeps pace helping with the crescendo for a chilling climax. Director Scott Derrickson, who was busy with Doctor Strange in the Multiverse of Madness before staring THE BLACK PHONE, has done well. However, though viewers might want a bit more details on The Grabbers victims before Finney and will wish for a more dramatic climax the film check all the boxes for a conventional suspense horror thriller.

Overall, THE BLACK PHONE makes for a decent watch, but could have been exceptional had there been a more dramatic climax. At the box office, despite featuring some fine and noteworthy performances, the film will face a tough time enticing the audience.