Last Updated 21.05.2022 | 9:24 PM IST
feedback language
follow us on
Bollywood Hungama » Movies » Movie Reviews » Alien: Covenant (English) Movie Review: For the ALIEN fans, Alien Covenant is worth a watch to hark back to the memories of yore, albeit this time with renewed visuals and a larger scale of execution.

Alien: Covenant (English) Movie Review: For the ALIEN fans, Alien Covenant is worth a watch to hark back to the memories of yore, albeit this time with renewed visuals and a larger scale of execution. 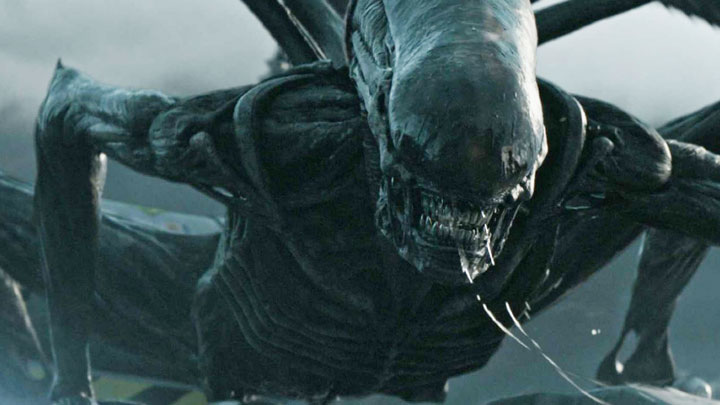 The minute you hear the title of the film reading ALIEN: COVENANT, you are taken back to the 1979 film ALIEN which of course will make you break out into goose flesh. However, we aren’t talking about a reboot, instead we are referring to the latest in the ALIEN series to hit screens. But will the film that comes after the last one in the series, PROMETHEUS, live up to expectations is the question.

Taking the story in PROMETHEUS further, ALIEN: COVENANT begins where the last film left off with a new crew aboard the Covenant heading to a remote planet Origae-6 with two thousand colonists and a thousand embryos aboard. While en route to their destination, a neutrino burst is detected by the ship's computer but too late for the on-board synthetic, Walter (Michael Fassbender), to react in time. The ship sustains major damage which kills 47 of the colonists, the oxygen inside Captain Branson's stasis chamber ignites and he is burned alive, despite the other crew members and his wife, Daniels (Katherine Waterston), trying to save him. As the most senior officer Oram (Billy Crudup) assumes the role of Captain but he believes the crew do not trust him as he is a man of faith. When undertaking necessary repairs to the ship the pilot, Tennessee (Danny McBride) intercepts a signal through his communicator which is deciphered as a woman's voice singing Country Road by John Denver. Startled by the discovery the crew tracks the source of the signal to a near-by planet which more accurately resembles Earth's gravity, atmosphere and mass than their current destination, Origae-6. Despite the protests of Daniels, Captain Oram insists that they change their course and investigate the signal. The ship arrives at the unnamed planet which has an intense ionosphere which would cause catastrophic damage to Covenant if the ship were to land. A contingent of security personnel descends to the surface on a landing module with Captain Oram, Daniels, Faris (Amy Seimetz), Karine (Carmen Ejogo), Lope, Ankor and Walter. Karine and Ledward set up an ecological survey station whilst the others track the source of the signal to the Engineer ship that was piloted by David and Elizabeth Shaw following the disastrous Prometheus mission ten years prior. Whilst exploring the terrain both Ledward and Hallet are infected with a spore present on the planet and become seriously ill as a result. Karine attempts to bring Ledward back to the lander whilst Faris attempts to communicate with Covenant and its crew to relay the current situation. Faris quarantines Karine and Ledward as Ledward's condition deteriorates. Karine attempts to comfort him as he spasms uncontrollably but she is injured as a neomorph creature bursts from his back and kills him before mauling Karine to death. Faris attempts to shoot the neomorph however she hits a fuel canister and the lander explode, killing her and stranding the rest of the crew on the planet. Hallet experiences similar convulsions and a neomorph explodes from his throat, killing him before scurrying into the grass and out of sight. What began as a search and rescue mission soon turns into a fight for survival for the crew of the Covenant, who constantly find themselves cornered by an unknown game master. Will they survive the alien onslaught? Will the alien life form over power them and wreak havoc on their ship is what forms the rest of the film. 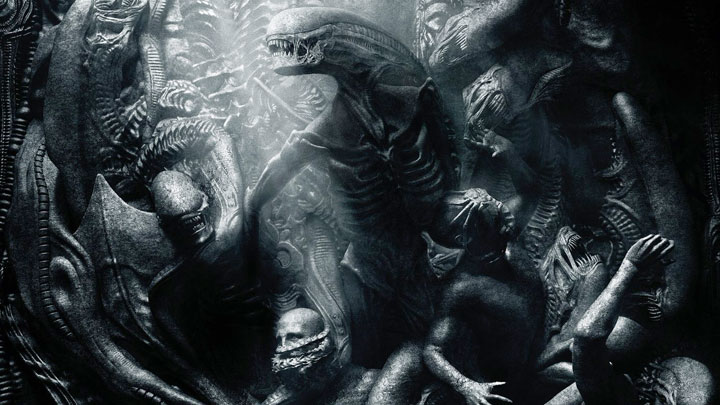 ALIEN: COVENANT starts with laying the foundations that take the story forward from PROMETHEUS while introducing each new character that the viewer sees. However, unlike the previous films in the ALIEN series, ALIEN: COVENANT follows a similar path as PROMETHEUS. The progress is slow and dreary at times, but despite this director Ridley Scott’s mastery of his skill shines through since the film does not become a drag. In fact, on more than one instance viewers are taken back down memory lane reliving the same fear and thrill that one experience in the 1979 film. But for those expecting an ALIEN film from the days gone by, ALIEN: COVENANT is instead like most of the newer films, and features an alternative story line that enables the franchise to keep its fans while at the same time luring new ones. Though the story of ALIEN: COVENANT isn’t something altogether new, the well-executed action sequences, come replete with new age visuals that keep you gripped to the film. Each of the said sequences are done with refreshing freshness while at the same time give the viewer a feel of the older films. Similarly ALIEN: COVENANT also features some awe inspiring visual effects especially in terms of giving the film a feel of grandness. Certain sequences that depict the enormity of the location are shot rather well giving the viewer an exact estimate of what the location would really look like.

Coming to the performances in the film, Michael Fassbender as the Android David / Walter is his usual best portraying an emotionless and detached droid to perfection, and his lack of feeling to the sudden and tragic demise of crew members is spot on. Katherine Waterston     as Daniels cannot really be compared to Sigourney Weaver’s character of Ripley from the previous films. However, Waterston does bring a certain tenderness to her role while at the same time putting up a brave front in the face of imminent death. Similarly the rest of the cast as well does a good job in their given roles, but considering that the film revolves more around Fassbender and Waterston’s characters and the neomorphs, they are the most prominent.

On the whole, given the pace of the film and the fact that ALIEN: COVENANT faces stiff competition from newer Bollywood releases as well as the giant BAHUBALI 2, box office prospects of the film within the Indian market are limited. However, for the ALIEN fans, ALIEN: COVENANT is worth a watch to hark back to the memories of yore, albeit this time with renewed visuals and a larger scale of execution.