EXPECTATIONS
With a title like 5 Weddings, one expects a fun-filled celebratory soundtrack in the film. However, the music has been released just a couple of days before the arrival of film in theatres and hence one waits to check out how quick would the five songs in there manage to make an impression. Abhendra Kumar Upadhyay is the lyricist with Vibhas as the composer. 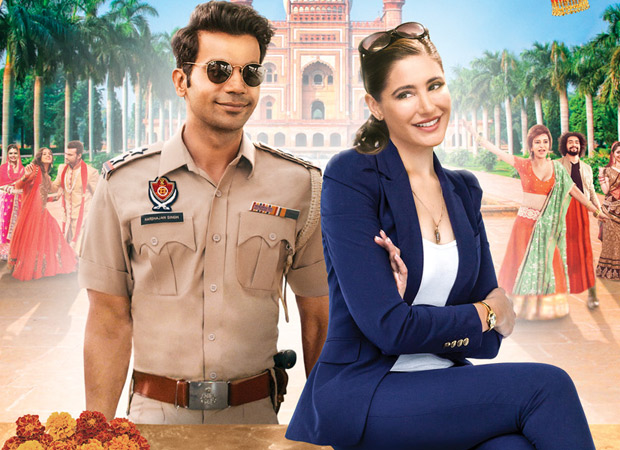 MUSIC
The song that comes right at the start of the album is a romantic track that has guest composer Vishal Mishra at the helm of affairs. A slow moving melodious number that has Vishal bringing himself behind the mike along with internet sensation Shirley Setia, 'Na Chah Ke Bhi' one turns out to be a decent hear. That said, one would have expected a much more energetic start here.

A bunch of singers come together to create 'American Beauty' which basically introduces the character of Nargis Fakhri who is on a tour to India. Mika Singh aims at being his boisterous best in this celebratory number that has Miss Pooja, Prakriti Kakkar and Kaur sisters coming together to create a fun-filled outing. However, at best this one turns out to be a reasonable passable number that doesn't really cross any new frontier and just about fits in the proceedings.

With the names Sonu Nigam and Shreya Ghoshal on the credits for 'Baaki Hai', one expects a melodious romantic outing that would be instantly catchy to the ears. The song turns out to be yet another slow number though on the lines of 'Na Chah Ke Bhi' and doesn't really strike a chord. As a matter of fact one wonders how the two singers fail to infuse much life in this song which is meant to be a lovey-dovey outing but ends up being far away from that.

Earlier this year one had heard 'Taareefaan' in Veerey Di Wedding and now arrives 'Taareef'. This one manages to bring in some sort of foot-tapping appeal and is reasonably exciting at least. A contemporary youthful number which has Palak Muchhal leading the show with Romy Tahlie and Tanu (Rockont) chipping in, this one could well have appeared right at the start.

Guest composer Viplove Rajdeo spins up a filmy version of traditional track 'Laung Gawacha' that has time and again worked whenever it has featured in a film or as a music video. Saru Maini and Arnie B come together for this celebratory track that has the sound of 'dhol' and 'dholki' leading the show. Considering the theme of the film, this one should fit in well.

OVERALL
5 Weddings is a passable album which doesn't really have chartbusters numbers in there, though a couple of fast moving songs do manage to keep the excitement going.