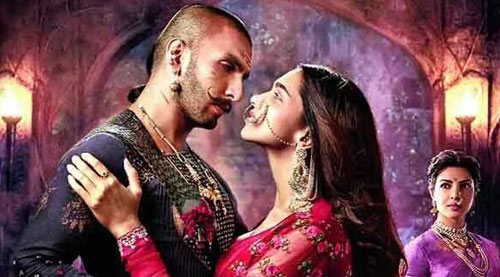 Bajirao Mastani is a masterpiece that teaches us many important lessons on love and life. Most of all it shows us that another Mughal-e-Azam is possible in this

day and age because there is a filmmaker who possesses the epic vision of K Asif.


If K. Asif were alive he would smile at what Sanjay Bhansali has achieved in Bajirao Mastani. This is by far the best film of 2015.


You sense you are in the presence of something extraordinarily creative the minute you step into the world of Sanjay Leela Bhansali's Bajirao Mastani, a costume drama clothed in the conceit

of the times when royal arrogance permitted social injustices as a birthright, and brought to incandescent life by a filmmaker who understands the layered language of opulence better than any


By now everyone knows Bajirao Mastani is the story of forbidden love between Peshwa Bajirao Ballal and Mastani, the warrior-princess who falls in love after he comes to her kingdom's rescue.

It's also the story of Kashibai, Bajirao's gamine-like wife who's the most interesting character in the tempestuous triangle. The three roles are infused with infinite radiance by Ranveer, Deepika

and Priyanka. They bring to the director's palpably passionate a palate an inner conviction and a junoon, that eventually leave us spellbound and hankering for more.


The magician, who uses colours to convey emotions, Bhansali conceives the Bajirao-Mastani liaison as a striking fusion of the saffron and green colours. The two colours dominate Bhansali's palate,

spilling over in streams of sublimated drama. The spoken words are at once colloquial and royal, so that we the audience don't get isolated from the cascade of rhetorics. Indeed Prakash Kapadia's

dialogues are, in many vital ways, the plot's backbones. The characters exhale a verbal vitality that never slips into verbosity. We can't imagine them speaking in any other way.


I especially liked a sequence where Deepika's Mastani, armed with the confidence of a woman consumed by love no matter how forbidden, barges into the christening ceremony of her lover's legitimate

baby boy. When taunted for tainting the occasion with green, Mastani gently reminds the congregation that saffron and green, are at the end of the day, blood brothers used in Hindu and Muslim


This is a film to view many times, once just for the way colours are used to convey emotions. When Bajirao heads home after a war victory his buoyant wife dances with a gigantic saffron flag

unfurling in tandem with her joyous heart. The visual and emotional impact of the moment is so exhilarating that you want to clutch Kashibai's ecstasy close to your heart.


In another moment when colours talk, we have Bajirao's wife and mother sharing a bonding based on mutual grief sewing saffron flags, the mother ( Tanvi Azmi, brilliant) wryly laughing about

Bajirao's sudden eruption of passion for Mastani and saying, "We might as well be sewing green flags from now on."


It all happens with Nature's fury in the narration. The uncontrollable mutual passion between the Maratha warrior and half-Muslim princess is unleashed so fast and furiously that you sometimes wish

the indefatigable narrative would slow down so we can catch our breath. Rajesh Pandey's editing leaves no room for punctuations in the relationships as they crisscross across the compelling canvas

The war sequences so crucial to the efficacy of the plot, are done with splendid skill. Even here Bhansali focuses more on the emotions underlining the desperate aggression rather than just the

grandeur. Whether it is Mastani gazing at Bajirao with an adoration that Madhubala had last shown for Dilip Kumar in Mughal-E-Azam or it is Bajirao the warrior tearing through a field of


The film's look and feel is gloriously epic. The songs composed by Bhansali come on very frequently never intruding on the theme of love and war but rather enhancing the theme with sumptuous


The Mughal-E-Azam legacy looms large over Bhansal's narration. It is no coincidence that Ranveer Singh resembles the young Dilip Kumar from K. Asif's film and that Birju Maharaj's exquisite

choreography for Deepika's Mohe rang do laal dance number echoes Madhubala's Mohe panghat pe nandalal from the Asif's war-romance epic. And when Deepika is swathed in chains of

captivity she is as much a figure of tragic grandeur as Madhubala singing Beqas pe karam kijiye sakar-e-Madina in Mughal-E-Azam.


Deepika looks more beautiful and acts with some poise and skill with every film. Here she is as statuesque as Madhubala, riding horses and destiny with equal grace and dignity. But I felt Deepika

could have done more with her part. She is way too subtle and silken, and not steely enough as the firebrand warrior-princess who will love her man, come what may.


She is too much Waheeda Rehman, too little Mumtaz. I will go with Priyanka Chopra as the better performer of the two in this film. Priyanka's Kashibai loves her husband to death. Each time Priyanka

looks at Ranveer Singh her face lights up like a brightly-lit skyline. When Bajirao falls in love with another woman Kashibai doesn't surrender to destiny. She is no walkover. She protests. She

sneers. She is angry. But finally for the sake of her husband's happiness and the larger good, she accepts the situation. Kashibai teaches us the most important lesson of this film. Acceptance of

injustice is sometimes the opposite of cowardice. Priyanka conveys all these emotions with near-flawless comprehension of her character's inner world. This is her best to date.


As for Ranveer Singh, forget his habitual flamboyance and over-the-top image. The actor surrenders to his character, building for Bajirao a world that is utterly credible and convincing. Ranveer

owns Bajirao's character in a way very few Indian actors know how to. The way he delivers his dialogues with a tinctured texture of Marathi accent never over-doing it, is a joy to hear. Other very

effective performances come from Tanve Azmi's as Bajirao's self-willed mother, Yatin Karyekar as a priest outraged by the pure Hindu warrior's unstoppable passion for a Muslim girl, and Vaibhav