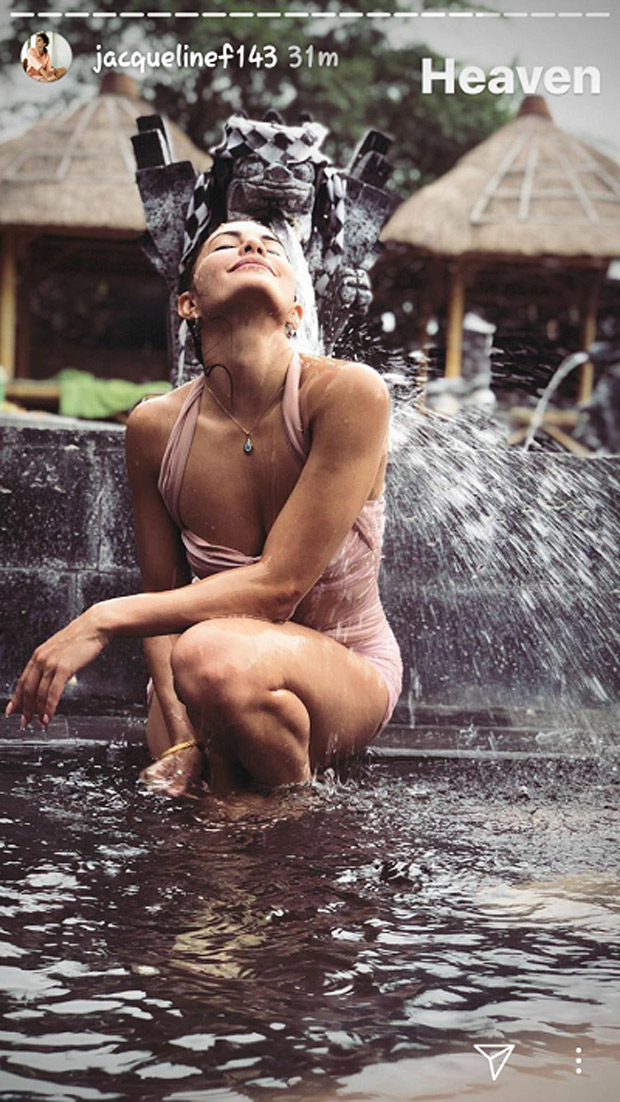 It was the New Year’s Eve time and hence a lot of our Bollywood celebrities were out of town, celebrating and making merry. Many of them hit the beach resorts and soared the temperatures in this chilly weather with their super-hot and sizzling pictures. One of them was Jacqueline Fernandez. Few days ago, we shared her pictures in which she was seen donning a fluorescent swimsuit and enjoying in Bali, Thailand. Fans went crazy as she was spotted doing yoga and also doing the local dance.

On the first day of the year, Jacqueline Fernandez treated her fans with more pictures from her Bali trip. These two pictures were clicked at Batur Natural Hot Spring and show her sitting in a relaxed position as hot water falls on her sexy body. She’s wearing a nice peach coloured swimsuit. The way the first picture has been clicked makes for an amazing watch and kudos to the photograph for the great timing.

On the film front, Jacqueline Fernandez’s first release of 2018 is Drive, directed by Dostana director Tarun Mansukhani. It co-stars Sushant Singh Rajput and releases during Holi. Then she’ll be seen in Race 3, which also features Salman Khan, Daisy Shah, Bobby Deol and Saqib Saleem. It is directed by Remo D’souza. She has reportedly also signed the official Hindi remake of the Hollywood thriller The Girl On The Train.