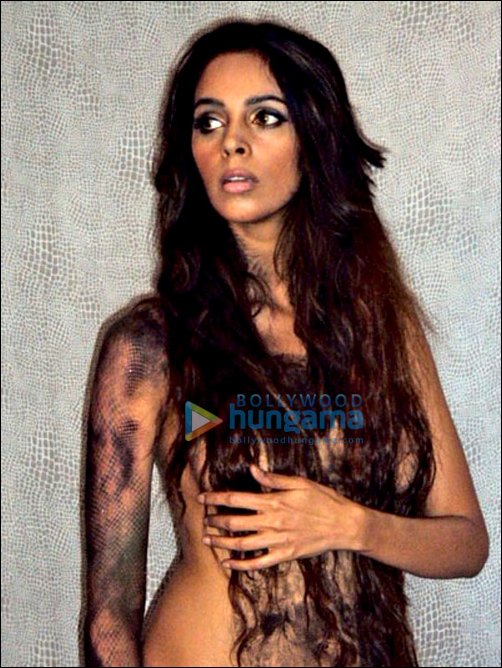 From the time the film went into production, to the time Mallika Sherawat walked the Cannes in her 'ssssnake' inspired outfit, Hissss has been in the news.

Whether it was a sign of Miss Sherawat going Hollywood or the fact that this film could be Mallika's big ticket Hollywood, there were speculations of all kinds. But neither have we seen the film, nor has Sherawat announced any new big projects officially! But what we do get to see are some interesting pictures of hers, every now and then. Last was when she walked in with a snake spiralled around her neck for Cannes. And now on the popular networking site - twitter, she has posted a topless picture of her.

In the typical Mallika style, she has asked for comments on twitter saying, "Is it too much?" Well! Mallika ...is it ever??