Last Updated 15.10.2021 | 9:48 PM IST
feedback language
follow us on
Bollywood Hungama » News » Bollywood Features News » After being called a ‘mard’ for her physical transformation, Taapsee Pannu says Rashmi Rocket is an ode to women who hear this daily

Taapsee Pannu leaves her fans impressed once again with the hard-hitting trailer of her upcoming film Rashmi Rocket. The most striking thing about Rashmi Rocket is the way Taapsee Pannu has got into the skin of her character, with her perfect athletic body. 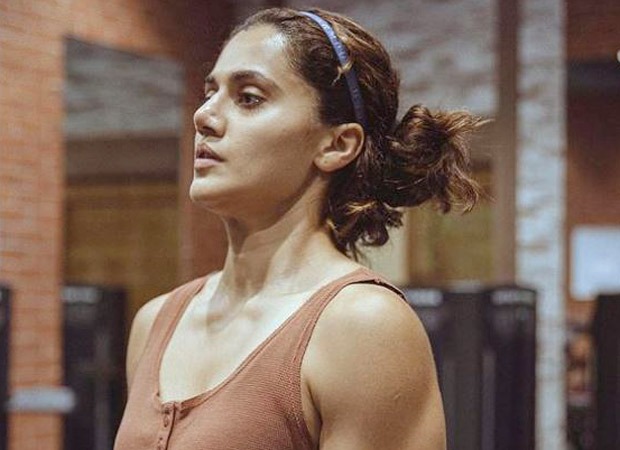 But, ever since the actor has been prepping for her character in the film and transformed herself to look like a runner, Taapsee has been subjected to rather harsh comments on the internet for her athletic body.

From being called a 'Mard' to nasty remarks of asking her to change her gender. Taapsee took to her social media and gave a savage reply to all those who objectified her. She wrote,"Heartfelt thank youFrom yours Truly. But there are many women who actually hear this daily for no fault of theirs. An ode to all the athletes who give their sweat and blood to the sport and their nation and still get to hear this.
#RashmiRocket #AbUdneKaTimeAaGayaHai4"

Heartfelt thank you
From yours Truly.
But there are many women who actually hear this daily for no fault of theirs.
An ode to all the athletes who give their sweat and blood to the sport and their nation and still get to hear this. #RashmiRocket #AbUdneKaTimeAaGayaHai pic.twitter.com/ASTJ2UdkZc

Commenting on the objectification during the virtual press conference of the film's trailer launch, Taapsee said, "Who defines what's feminine and what is not? Is it just about your muscular build that you will be judged on who is a female and who is not? Do you realize that there are some hormonal imbalances that are there in certain females by default, it is not their choice? It might be a result of that they end up having the kind of physique that they have, ”

Living up to the movie title, the trailer of Rashmi Rocket showcases an inspiring narrative of its lead protagonist and her journey to become Rashmi Rocket. The thrilling plot revolves around gender testing on female athletes and how she faces discrimination for not being conventionally feminine.

ALSO READ: Gulshan Devaiah unravels the layers of his character from Blurr; expresses what a treat it is to work with Taapsee Pannu