Home Minister Amit Shah, on August 5, announced that Prime Minister Narendra Modi’s government decided to revoke Article 370 of the Constitution that which grants special status to Jammu and Kashmir. Under the proposed law Amit Shah introduced in Rajya Sabha on August 5 at 11 am, he said Jammu and Kashmir will now be a Union Territory with the legislature, and not a state, while, Ladakh is to be a Union Territory without legislation. 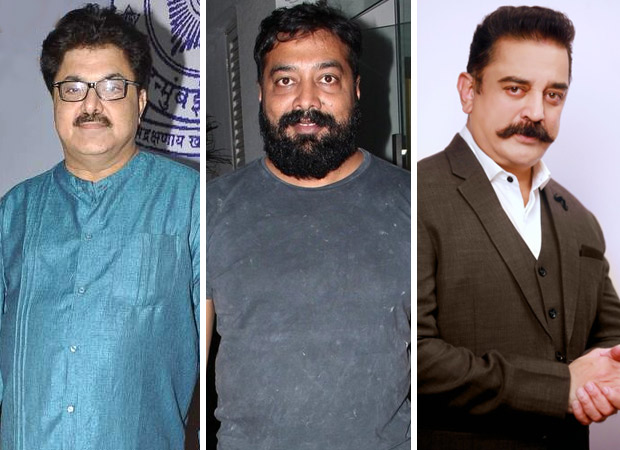 Since the announcement, the nation has had a widespread reaction over the decision of the government. While many have welcomed the decision and called it important, some criticized it. Bollywood Hungama spoke to filmmaker Ashoke Pandit, who not only hails from the state, but has always very positive about the decision made by the government. “It's not just from Bollywood perspective but I, myself, hail from there (Jammu & Kashmir). I am citizen of that state. It might sound political but it was a big human issue for me because Article 370 and Article 35A, according to me, was cancelled due to which Jammu and Kashmir never grew. It was misused by the families which ruled Kashmir. The three families - Congress family (Nehru family), Mufti Mohammed Sayeed family and the Abdullah family. So these families got into the business of terrorism in Jammu & Kashmir. They looted the money, the tax payers’ money of the entire country. The funds were diverted to that place, we lost so many security forces, and we lost so many people. Jammu & Kashmir became a ground of bleeding. The neighbours started using this, you know, constitutional hierarchy in Jammu & Kashmir; you know it was gift of Mr. Jawaharlal Nehru to the country, which was unnecessary,” Akshoke Pandit said.

Speaking about the decision, the filmmaker further said, “I feel this surgery was very much required. And it has been done and now you will see a different Jammu & Kashmir and Ladakh where you will see every Ladadkhi progressing, every Jammu person progressing, every Kashmiri Muslim progressing, every Kashmiri Hindu progressing. The entire state will start progressing. Now, that they are Union territories, there can be separate concentration on different places. The funds that used to go for Jammu & Kashmir was fully used in Srinagar and in the valley and Jammu and Ladakh were always sidelined. So, there was never a growth in both these places. So it's a great move taken and only Prime Minister Narendra Modi ji could have taken this decision. You know, this was a very big risk and I really appreciate the way it was planned, the way it was strategized and the way things were taken into control. It didn't allow any person to lose his life; it didn't create any riot because things were properly planned. So, we are hoping for a very hopeful and positive Jammu & Kashmir now.”

“I am telling you that locals of Jammu and Kashmir especially the valley, where there is no problem, are going to support this move because everybody wants to grow and succeed in their lives. Everybody wants to prosper especially the young generation, the youth. That's why the maximum people from Kashmir used to go out of Kashmir and do their education. You know, the kids of terrorists, they are all studying abroad. They are not in Kashmir. The kids, who were not used to going out, were used to throwing stones on the security forces. The next generation will understand the importance of this law being passed now,” he added.

While celebrities like Kangana Ranaut, Anupam Kher, Dia Mirza, Ekta Kapoor among others are supporting the governmen’t decision, Anurag Kashyap and Kamal Haasan have criticized it. "It is extremely regressive and autocratic. Article 370 and 35A have a genesis. Any change has to be in a consultative manner," Kamal Haasan said who ventured into politics and launched his party Makkal Needhi Maiam or MNM in Tamil Nadu, last year.

Anurag Kashyap took to Twitter and wrote, "You know what is scary, that One Man thinks that he knows exactly what’s the right thing to do for the benefit of 1,200,000,000 people and has the access to the power to execute it."

You know what is scary, that One man thinks that he knows exactly what’s the right film to be made to entertain 1,20,000,000 people and then his film flops. Kashyap Sahab @narendramodi has fulfilled his promise made to the nation. और हाँ , रात को ट्वीट करना बंद कर दो ! https://t.co/nJPa0vNqHP

When asked about the criticism received from the industry members, Ashoke Pandit says, “See, Anurag Kashyap's problem is he tweets when he is drunk in the night. So, he is not in senses. So I don't take his tweets seriously. Whatever tweets I see early morning, I know he is not in his senses. So, I don't consider it. See, Anurag Kashyap and Kamal Haasan have nothing to do with Kashmir. I'm a person who has suffered the major genocide in the Kashmir valley and I have been thrown out of the place and Article 370 is one of the major reasons for that. And Article 35A also. So, major cleaning required in Jammu & Kashmir has been done. I know it how we are going to progress now. I don't care for these fashionable actors who live in these air conditioned rooms and pass judgments. They have an agenda – political agenda, personal agenda – which they want to fulfill but that’s not going to happen now because they stand exposed. Nobody cares for their opinion now that’s why they post their opinions. And Mr. Kashyap doesn’t know the ABCD of Jammu & Kashmir. So, it doesn’t matter. The country is lauding it, the world and we who are suppressed are lauding it. So, nobody can be bigger than ‘we’ who have suffered because of Article 370. If I am supporting the bill and the change of law, nobody can question my thought process because you know, I am part and parcel of that land which Mr. Kashyap and Kamal Hasaan are not. They have a dislike towards Mr. Narendra Modi and so they will never like anything what Narendra Modi does. They have a psychological problem. So, I don’t waste by time on such reactions of so called filmmakers and people from the industry. I don’t even care. Mr. Kashyap is a kind of person, even if there is a problem in his tap, he writes a post to Modi. If water is not coming in his house, he tweets to Modi. The kind of hate they possess towards the Prime Minister is what is making them post whatever decision that is made by the government.”

In the olden days, Kashmir was the top spot for the film industry. Due to growing tension, the shooting became lesser and lesser in the valley. With the new decision, how does it affect Bollywood in future? Ashoke Pandit adds, “I think it’s great re-opening for the entire entertainment industry – not only film industry but television and ad industry. Now, things are going to be very positive for them, things will be very good. There will be a lot of job opportunities especially youths of Kashmir will take on, will see to it there is peace. Things will start coming back and you will see a lot of Kashmir in the films. These so called terrorist organizations and political parties saw to it that Jammu & Kashmir was always being negated and that it is under wrong impression and wrong images being created of J&K. Now, that those people are redundant in Jammu & Kashmir and Ladakh, things will be under control and properly done. The fear psychosis will go out fully. I am quite sure about it.”

There has been speculation that the makers Sadak 2 starring Alia Bhatt and helmed by Mahesh Bhatt have decided to postpone their shoot in Kashmir after the decision. There has been unrest and it seems like a precaution. Ashoke Pandit says, “There is no unrest. It’s just a precaution that has been taken now. See, if you give a patient an injection, the pain remains for sometime but then you are cured, right? So the injection as been given yesterday and the pain of that injection will remain for some time. But, finally you are cured. You will come bouncing back and see the earlier Kashmir. Our return to valley is very important and we are very sure about it.”

So, would the film industry be able to shoot in future? Ashoke Pandit says, “Absolutely! Now, it will be more easy and more organized because those people who were in the business of terrorism in Jammu & Kashmir, their powers are gone. They are redundant now and they are nobody in J&K. It’s a proper government which will rule in Jammu & Kashmir and Ladakh. Ladakh is very happy, Jammu is very happy and 95% of Kashmir is very happy with this. Only 5% of those who are into business of terrorism are unhappy.”