For everyone, who has heard our beloved Anna sing almost 18 years ago, it is time to revive the memory. Suniel Shetty has lent his voice yet again. Not just singing but he has also experimented with rapping this time for a song titled ‘Bollywood Kollywood’. In fact, he has also shot for a music video of the same. 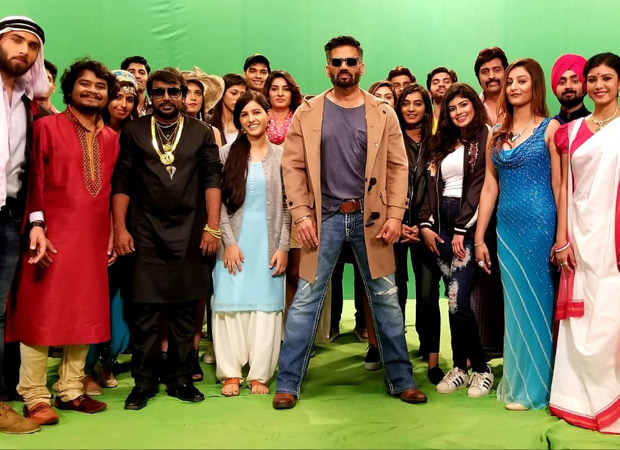 Let us tell you that it is not just any single but a jingle that has been created for a radio channel. The said channel would be out soon. Now, we got hold some pictures from the sets where the video was being shot. On the other hand, speaking on the experience of returning to singing, Suniel believes that he is really bad at it. However, he expressed that it was the music directors Raj and Shabbir who forced him to try singing again. And the actor confessed that he got persuaded because it was an opportunity to try something new and different.

However, the actor is not sure of continuing with his music stint. The actor maintained in reports that he would gauge the response of this song and if it doesn’t come out good, he would probably never return to singing. But, Suniel was quite happy with the fact that his children Ahaan and Athiya as well as his wife Mana Shetty loved the song. 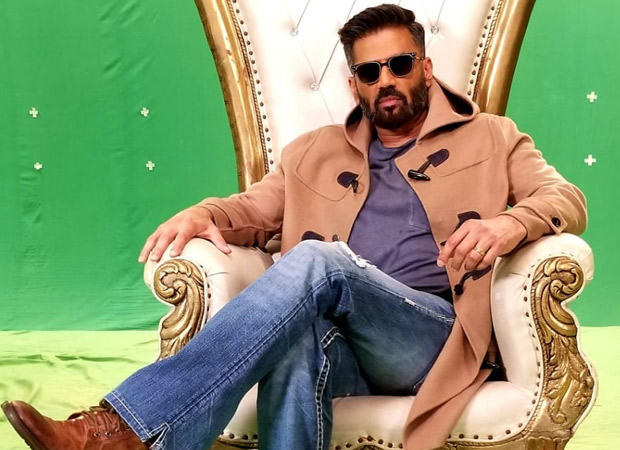 Enjoying the track, Suniel Shetty further went on to give a sneak-peek into the lyrics of the song. The actor mentioned that the song goes like ‘Bollywood Kollywood Tollywood Mollywood… Listen… Indian Film Ke Chahne Wale Hum Hain Showbiz India Wale.”

If the pictures are anything to go by, the said music video will also feature many of them representing famous Bollywood characters. From Paru in Devdas to Circuit in Munnabhai, here are a few of them who have dressed up as those popular B-town characters.

Also Read: REVEALED: Suniel Shetty goes back to his roots as he makes Kannada DEBUT