Cricketer Virat Kohli who heads the Royal Challengers Bangalore team of the IPL was in top form against their match with Rajasthan Royals (RR) on Thursday, He smashed his first half-century in the current IPL season and made the sweetest gesture after scoring a 50. 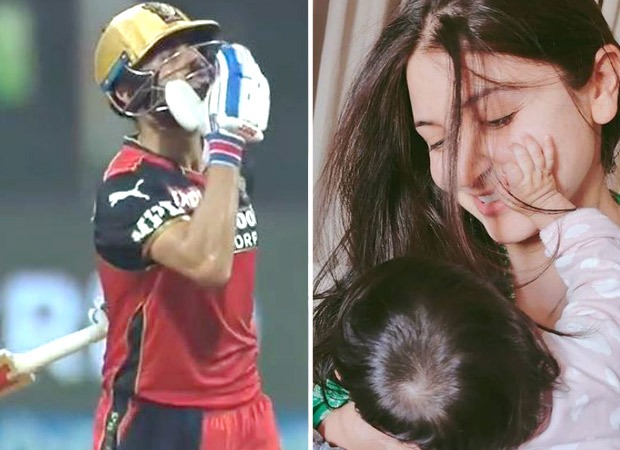 A video of Virat Kohli celebrating his half-century has gone viral on social media. In the video, Kohli can be seen raising his bat towards his team members in the dugout. He then blew a kiss to his wife, actor Anushka Sharma . He also dedicated his half century to his little daughter Vamika as he made a cradle gesture with his hands.

Fans of the cricketers and Bollywood actress were in absolute awe of them after this gesture. This is not the first time that Kohli has made a romantic gesture for his wife from the field after achieving milestone. Howere, this is the first time he dedicated it to their little one.

Anushka and Vamika have been travelling with Virat around the country as he plays matches. The couple who tied the knot in 2017 welcomed their first child in January this year. They named their daughter Vamika and announced the name with an adorable family picture, with Vamika in Anushka's arm.

ALSO READ: Anushka Sharma glows in latest picture with Virat Kohli after they return to Mumbai