Shershaah is a war biopic film based on the journey of Param Vir Chakra awardee and army captain Vikram Batra directed by Vishnuvardhan and produced by Karan Johar's Dharma Productions. The film stars Sidharth Malhotra and Kiara Advani in pivotal roles. It is said that Sidharth will essay double roles in the movie. He will play Vikram Batra and his twin Vishal Batra too. 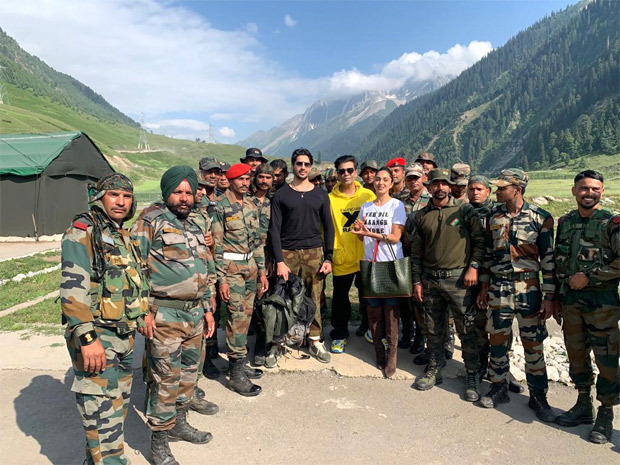 Sidharth Malhotra, Kiara Advani, and Karan Johar were seen at the airport today as they left for Kargil to launch the trailer of Shershaah and also mark their presence on 26th July on the Kargil Day. Captain Vikram Batra was a courageous Kargil jawan who sacrificed his life for the sake of India happily. The movie is dedicated to this brave soldier and covers all the major incidents of his life. Sidharth Malhotra, Kiara Advani, and Karan Johar have collaborated with Indian Force to launch their movie's trailer in the Dras sector.

The trio clicked pictures with a group of jawaans while en route to Kargil. The jawaans happily posed with the stars. It is speculated that President Ram Nath Kovind will also come to Kargil on July 26, to celebrate and honor the soldiers on Kargil Day. Due to the president's arrival on the next day Sidharth, Kiara, and Karan had to go to Kargil via Leh as the place was proclaimed as a no-fly zone. 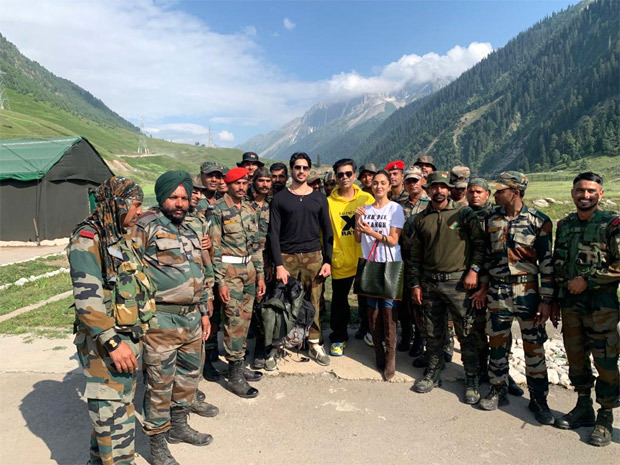 Also Read: Kiara Advani looks her stylish best in Dil Maange More T-shirt and denim pants as she heads to Kargil with the team of Shershaah