Over the years we have seen superhero films grow into a genre of its own, especially with Marvel’s characters entertaining us on the big screen. Now, continuing the same is the latest release from Fox Star in the form of X-MEN: DARK PHOENIX. But will this new film, which will essentially mark the end of an arc in the X-MEN franchise, match up to the ones that have already been release, will it bring clarity to the muddled up timeline of the X-MEN universe or will it be just another actioner devoid of soul is what we analyse. 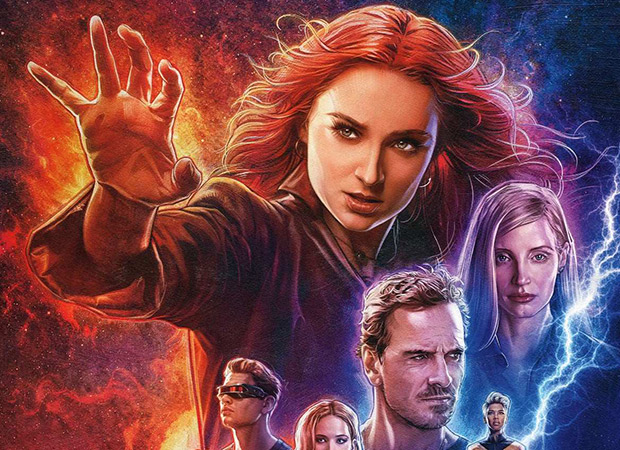 X-MEN: DARK PHOENIX starts off by introducing Jean Grey as a child who realises her mutant abilities via a gruesome accident. From there, Jean is taken to Professor Charles Xavier’s institute, where she eventually grows to become part of the X-Men team. Unfortunately on one fateful mission in space Jean is nearly killed when she is hit by a mysterious cosmic force. Once she returns home, this force not only makes her infinitely more powerful, but far more unstable. Wrestling with this entity inside her, Jean unleashes her powers in ways she can neither comprehend nor contain. With Jean spiralling out of control, and hurting the ones she loves most, she begins to unravel the very fabric that holds the X-Men together. Now, with this family falling apart, they must find a way to unite -- not only to save Jean's soul, but to save our very planet from aliens who wish to weaponize this force and rule the galaxy. Will the remaining X-Men manage to overpower what Jean has become, will Jean manage to fight against the forces within her are some questions that make up the rest of the film.

Starting off, the film begins by laying down the premise and introducing Jean Grey’s character and her mutant abilities. Though the first half of the film is rather slow thanks to this setup being introduced, the second half does pick up. However, despite a more rapidly progressing second half, action sequences are sparse and far between. Although, the few action sequences that are there are well executed and are sheer visual treats, one expects more from what is essentially the last film in a character’s arc. X-MEN: DARK PHOENIX has in its run up to release been promoted as an edge of the seat thrill ride that promises an adrenaline pumping action, the onscreen product though is far from it. In fact, more often than not, the viewer is left impatiently waiting for what comes next. Director Simon Kinberg seems to have focussed more on telling the story of an individual mentally tussling with herself to gain the upper hand, while unknowingly affecting those around. Sadly, this latest offering in the X-MEN franchise is as muddles as the recent releases in this series.

Unfortunately, unlike the other Marvel sagas, the X-MEN franchise has been subject to rather random time jumps and shifts that have left their core audience at a loss. If you think you will gain clarity about the time line with reference to X-MEN: APOCLYPSE and X-MEN: DAYS OF FUTURE PAST, you will be let down. But it isn’t all downhill, we have to admit that the CGI is well developed and seamlessly woven into the live action bits, from the space mission to the wanton destruction that happens, each CGI heavy sequence is modelled and executed to perfection. The background music too is on point, and with Hans Zimmer as the music director, one expects nothing less.

Coming to performances, Sophie Turner as Jean Grey is decent. She does well in her given role; however there are times when it may all seem a bit over the top. But, Turner does hold her own, even when sharing screen space with the likes of Michael Fassbender and James McAvoy. As for Fassbender and McAvoy, both have done equally well in their given roles. In fact, both the actors have over the time adapted to their characters and embodied them perfectly. As for the rest of the cast, each of them have done fairly well in their limited roles. A special mention needs to be made here for Jessica Chastain as Vuk, she plays the emotionally and expression devoid character with aplomb.

On the whole, X-MEN: DARK PHOENIX is just another action movie that you won’t regret not watching. And if you are an X-MEN fan there are high chances that you be disappointed. At the box office, the film hits screens alongside the Salman Khan starrer BHARAT, and will face an uphill task. However, the release across 1100 screens in multiple languages will certainly assist in posting decent figures.