The forthcoming magnum opus of Mani Ratnam featuring the era of the Chola Empire, Ponniyin Selvan is all set to release in two parts in the next few months. Before the release of the trailer, the makers Lyca Productions have opted for a strategy where they want to introduce every character to the audience. After releasing the first look of Vikram and Karthi, the next look released is that of Aishwarya Rai Bachchan. 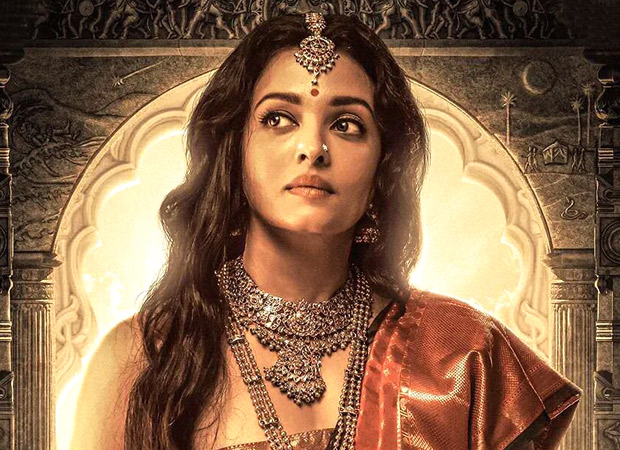 PS 1 aka Ponniyin Selvan Part 1 will feature Aishwarya Rai Bachchan as the queen Nandini. Her charactera described on the Instagram handle of Lyca Productions, is that of a vengeful queen of Pazhuvoor kingdom. On the other hand, Vikram plays the role of Prince Aditya Karikalan, a fierce warrior whereas Karthi plays a grey shaded role of a spy as Vanthiyathevan. Here’s the first look poster of the former Miss World:

Set in the 10th century, Ponniyin Selvan tracks the factional power struggles within the Chola empire, with enemies of the state acting as catalysts. The story is set in the tumultuous period before Ponniyin Selvan (son of River Kaveri), later known as Rajaraja Chola became one of the greatest emperors in Indian history ushering in a golden age.

Besides them, the film features a multi-starrer ensemble cast of Trisha, R Parthiban, Sarath Kumar, Sobhita Dulipala, Jayaram, Jayam Ravi, Prabhu, among others. Directed by Mani Ratnam, the film is produced by Madras Talkies and Lyca Productions. It is slated to release on September 30 in Tamil, Hindi, Telugu, Kannada, and Malayalam.