The magnum opus of Mani Ratnam, Ponniyin Selvan is an epic saga filled with war, politics, and treachery. The two-part film is a star-studded affair with an ensemble cast of Vikram, Karthi, Aishwarya Rai Bachchan, Trisha Krishnan, Jayam Ravi in lead roles. Along with that, it also involves some heavy VFX since it is set in a completely different time period. Now we hear that, making it as one-of-its-kind film, PS 1 becomes the first Tamil film to release in I-MAX format. 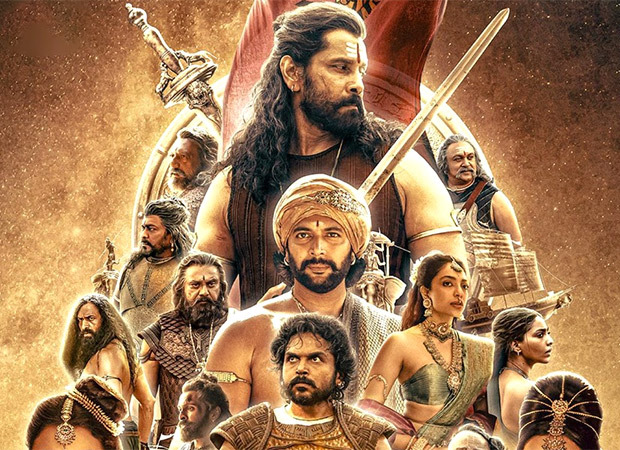 Owing to the extensive promotions, massive budget and an enviable cast, this Mani Ratnam directorial already seems to be winning hearts of the audiences. The film is expected to release this week and reports have it that the Chennai shows of this epic drama in 2D IMAX format were sold out in record 3 minutes. Interestingly, the film is not only releasing in one but five languages. Besides Tamil, Ponniyin Selvan will also release in Hindi, Malayalam, Telugu, Kannada, thereby making it the biggest Pan India release this month.

Coming to Ponniyin Selvan, based on the Kalki Krishnamurthy novel by the same name, the film is set against the backdrop of the Chola Empire of the 947 CE – 1014 CE. The film features Chiyaan Vikram as Aditya Karikalan, Trisha Krishnan as Kundavai, Jayam Ravi as Arulmozhi Varman. While Karthi essays the character of Vanthiyathevan, who is the loyal friend of Aditya and the love interest of Kundavai, Aishwarya Rai Bachchan plays the role of Queen Nandini, the woman with an aim to destroy the Cholas. The film also stars Aishwarya Lekshmi, Sobhita Dhulipala, Sarathkumar, Prabhu, Jayaram, Prakash Raj in pivotal roles and is slated to release on September 30.