The magnum opus of Mani Ratnam - Ponniyin Selvan, which the filmmaker has been planning for over twenty years, will finally hit the big screens this week. The two-part epic period saga is set against the backdrop of the Chola Empire regime and features an ensemble cast with big names like Chiyaan Vikram, Karthi, Aishwarya Rai Bachchan, and Trisha Krishnan playing leads. PS 1 will be having a worldwide release on September 30 in multiple languages including Hindi, Tamil, Telugu, Malayalam, and Kannada. The distribution chain KW Talkies that brings South Cinema to the world, however, has been facing massive challenges in the Canada region and has issued an official statement reasoning why PS 1 Tamil will not make it to theatres. 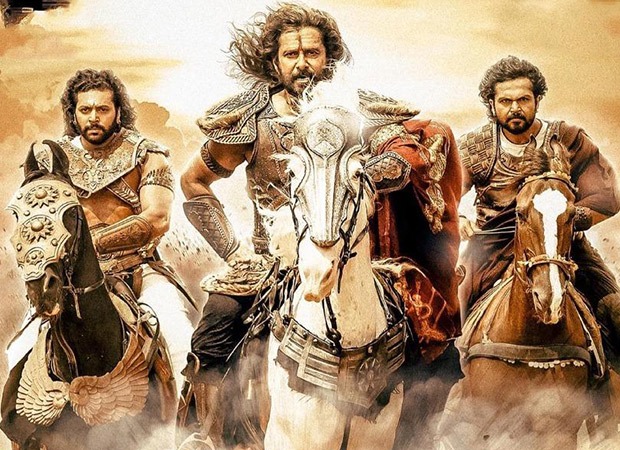 Expressing their apology to the Tamil speaking audiences of Canada, in an official statement released by KW Talkies on Twitter, they have explained how the vandalism and other threats received by popular multiplex chains like Cineplex and Landmark have caused them to reconsider the decision of screening PS 1 in Tamil. They have further requested dejected viewers who have been requesting them to screen the Tamil version of the Mani Ratnam’s magnum opus, to call their respective representatives as well as the multiplex chains to help screen the original version of the movie.

Their official statement read, “We would like to apologize to you for all the confusion around PS1 Tamil release in Canada. We had an understanding with Landmark (chain of multiplexes) as soon as we signed the movie, to have the Tamil version release in 20 locations including IMAX but the recent vandalism and continued threats made them reconsider. Cineplex has been subject to this before this and they have taken a stand that the attacks need to stop. That is why you see only Malayalam and Hindi across Cineplex locations.”

The statement further said, “It’s very unfortunate and shameful that the biggest movie chains in the country won’t show this epic and eagerly movie on their screens.  Tamil movie lovers in Canada deserve better. Our hands are tied without the largest exhibitors accepting our requests for the Tamil version. The exhibitors and their film buyers will not commit without assurances that vandalism will not happen. Whoever did this vandalism and sent these threats has done a huge disservice to the community.”

“Everyone who are calling us to open the Tamil version of the movie, please call your representatives instead, ad ask for them to help release the original version in Cineplex. Call Cineplex and Landmark instead. That will help the situation than calling us. Make some noise!” the statement concluded.

Talking about Ponniyin Selvan, the film features the politics during the Chola Empire regime as three siblings namely, Aditya Karikalan (Vikram), Kundavai (Trisha Krishnan) and Arulmozhi Varman (Jayam Ravi) set out to protect the Chola throne that might be the victim of someone’s revenge. Besides Aishwarya Rai Bachchan and Karthi, the film also stars Sarathkumar, Prabhu, Jayaram, Prakash Raj, among others and is based on the Kalki Krishnamurthy’s novel by the same name.