Actors Elizabeth Olsen and Kathryn Hahn, who gained a lot of appreciation for their roles in Marvel’s Disney+ show WandaVision, were spotted at MTV Movie & TV Awards on May 16, 2021. 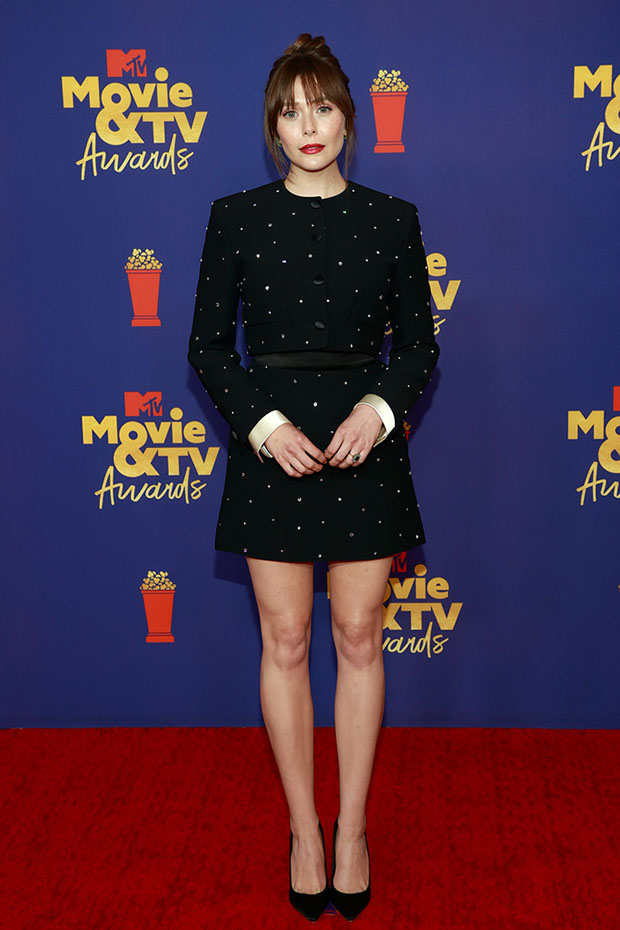 For the event, the actresses were seen donning some classy pieces. Elizabeth Olsen paired the Miu Miu pearl-encrusted mini dress with Sophia Webster’s Coco Crystal Pumps with embellishments worth $495. She went all glam with the makeup with bold red lips and hair pulled up in a bun. 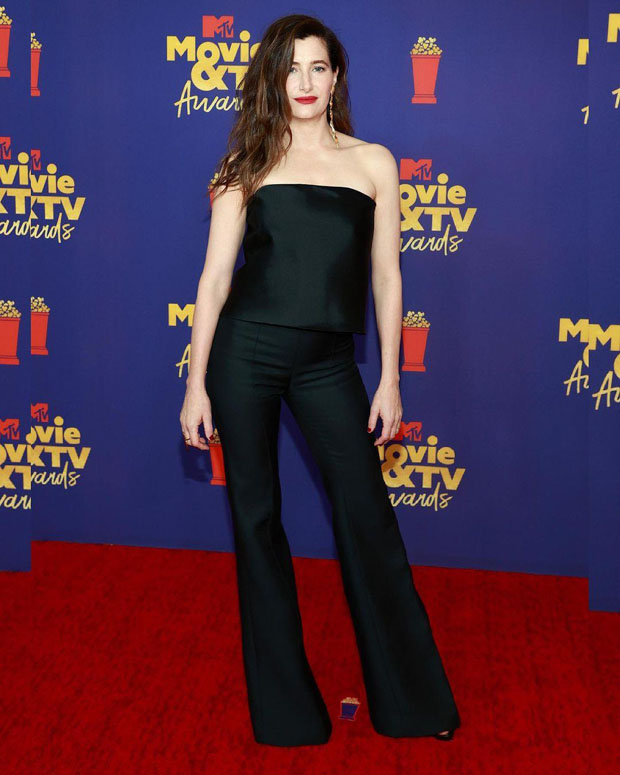 Her co-star Kathryn Hahn was seen in all black from head-to-toe in a black strapless jumpsuit which she paired with Sophia Webster shoes and Misho golden earrings.

This evening turned out to be a great one as both the actress won the award for the Best Fight at MTV Movie & TV Awards where they also re- enacted their fight scene.

In WandaVision series, Wanda Maximoff and Vision—two super-powered beings living idealized suburban lives—begin to suspect that everything is not as it seems. The events in this series will take place after the events of Avengers: Endgame.