Twinkle Khanna often shares pictures with her husband Akshay Kumar and their kids on her Instagram feed, often accompanying with some witty captions. On Tuesday, Twinkle shared a series of candid shots in which she and Akshay are seen having a conversation at what looks like a roadside cafe. 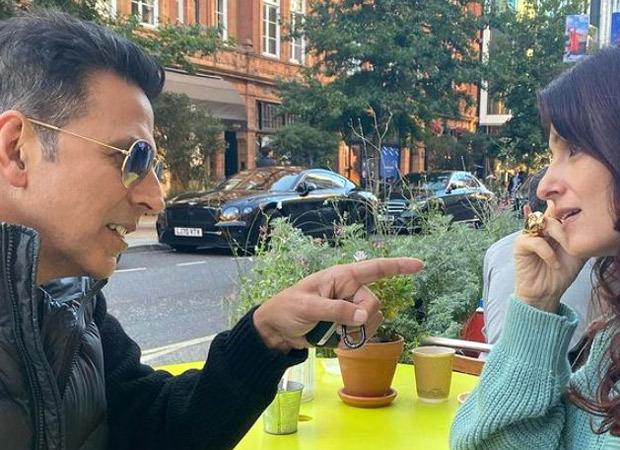 Sharing the series of images, Twinkle said their expressions represent most marriages and how they evolve with time. "My niece took a series of pictures while we were chatting away and I think this is pretty much a representation of most marriages. You start off with your best smile and it goes progressively downhill:) The last picture is of me trying to intimidate him but managing to knock over my coffee instead! From Jab We Met to What The Heck! #marriagediaries #bestfriends," she wrote in the caption.

Akshay Kumar along with his family had flown to London earlier this month after his mother's demise to resume shooting for his upcoming film Cinderella. Twinkle and Akshay got married in 2001 and are parents to two kids.