Taapsee Pannu is currently shooting for Anurag Kashyap's next titled Dobaaraa. For the film, not only is she collaborating with the filmmaker for the second time, but also several other members of the team. 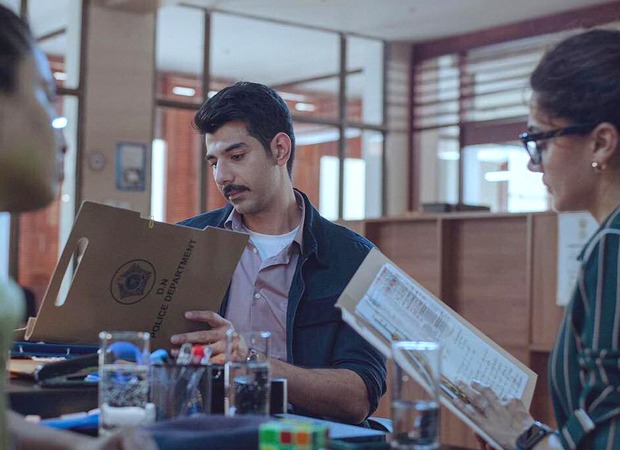 On Sunday, she posted a picture with her Thappad co-star Pavail Gulati with whom she will be sharing screen space once again in Dobaaraa.

Thappad was released exactly a year ago on this day. Taapsee and Pavail played husband and wife in the film. Announcing their reunion, Taapsee took to her Instagram handle and wrote, "My last of the #DobaaraaSeries. Coz some collaborations deserve to be repeated. Since this man had some u finished business in Thappad so this is a chance to mend his mistake. @pavailgulati
Today exactly after ONE YEAR of #Thappad , I can Only hope he doesn’t lose the woman #dobaaraa P.S- let’s see in which parallel universe we were meant to be :)”

Sharing the same picture, Pavail took to his Instagram and wrote, "This is going to be super special cause it’s happening #Dobaaraa.To my solid rock @taapsee ill try and be nicer this time @anuragkashyap10 you know what you mean to me"

In Dobaaraa, Taapsee plays a character caught in a time-travel situation. No time-travel film has been done in Hindi. Years ago in the early 1990s Shekhar Kapur started Time Machine with Aamir Khan, Rekha, Naseeruddin Shah and Raveena Tandon. But the film never got completed.

Dobaaraa is produced under Ekta Kapoor’s Cult Movies along with Sunir Khetarpal’s Athena.

ALSO READ: Taapsee Pannu and Pratik Gandhi to go in search of a missing girl in Woh Ladki Hai Kahaan?