Last year, the trade, industry and fans were all geared up as Akshay Kumar was all set to present his much awaited film Sooryavanshi in cinemas. The original release date was March 25, 2020 and on March 2, its trailer was launched in a grand fashion. The trade was confident that this Rohit Shetty entertainer would emerge as one of the biggest hits of Akshay Kumar, if not his biggest hit. 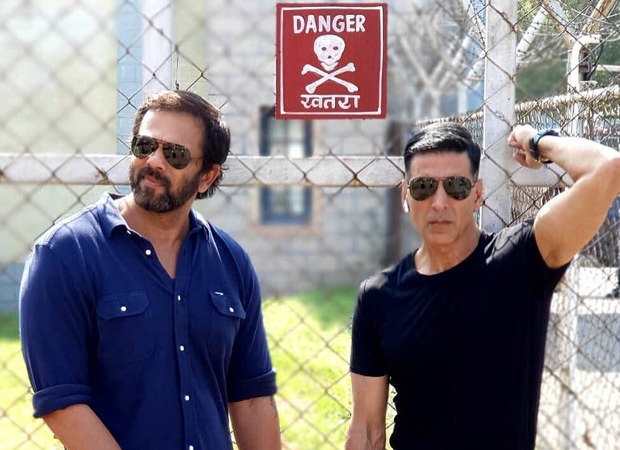 Sadly, the Covid-19 pandemic began spreading its wings by mid-March. On March 24, the country went in lockdown and Sooryavanshi, like all other upcoming films, was indefinitely postponed. Earlier this year, when the first wave had subsided considerably and cinemas were allowed to function at 100% capacity, the film was all set to release on April 2. The date was later changed to April 30 and an official announcement was also done by the makers. Unfortunately, yet again, the pandemic wreaked havoc and another lockdown was imposed.

Meanwhile, another film of Akshay Kumar, Bellbottom, got ready amid the pandemic and is all set to release in cinemas on August 19. It led to an interesting scenario since the film went on floors only last year in August and it's releasing before Sooryavanshi. At the trailer launch of Bellbottom, Akshay Kumar was asked for an update on Sooryavanshi and when it’ll release in cinemas. To which, Akshay said, "Sooryavanshi release date ke baare mein sirf do hi log jaante hai. Ek toh bhagwan jaante hai aur ek toh Rohit Shetty ji jaante hai.”

Sooryavanshi belongs to the cop universe of Rohit Shetty which also comprises the characters of Singham (played by Ajay Devgn) and Simmba (played by Ranveer Singh). Interestingly, both also feature in the film in special appearances and this factor added to the buzz around the film.