Amazon Prime Video's unfiltered, unscripted, true to its essence sports docu-series Sons of The Soil:Jaipur Pink Panthers is out for the world to see. Releasing today, Sons of The Soil is a peak into the lives of the superstars of this game, the players. A look at how the franchise is on their shoulders and this game of Le Panga! is their reason on being. 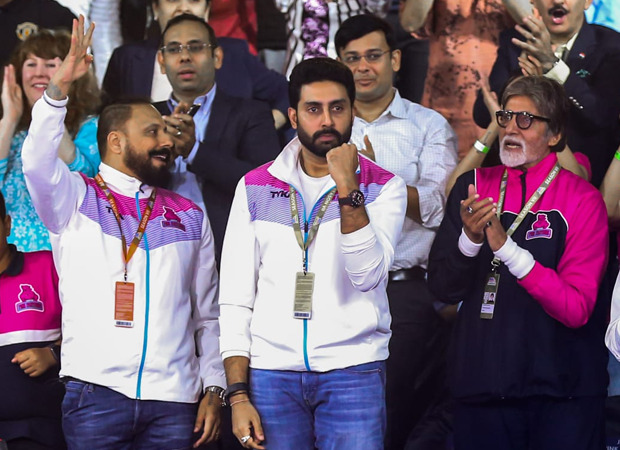 Abhishek Bachchan, team owner and biggest fan of Jaipur Pink Panthers took to his social media and posted saying, "Their resilience and power make them a true Panther. Take a peek into their life - on and off the mat! #SonsOfTheSoil

This poster on Abhishek's social media is just a beautiful summarization of the light on the players on the mat and audiences cheering in the background but with the series the audiences will get to see everything that goes behind all this.

A locker room view, a roller-coaster of emotions and feelings, off the mat struggles of players and their families to achieve this goal is encapsulated in this five episode series. Produced by BBC Studios India and directed by two-time BAFTA Scotland Winner Alex Gale, following Jaipur Pink Panthers through their journey in Season 7 of Pro Kabaddi League.

The Sons of The Soil:Jaipur Pink Panthers series is out now for audiences in 200 countries and territories to watch exclusively on Amazon Prime Video.

ALSO READ: Abhishek Bachchan reacts after his Bob Biswas look got leaked, reveals he had to gain weight for the role