Actor Sonakshi Sinha took to her Instagram handle on Friday and shared a photo with the cast and crew of her upcoming horror-comedy film, Kakuda. Informing her fans about the wrap, Sonakshi also mentioned that it is her first horror-comedy project. 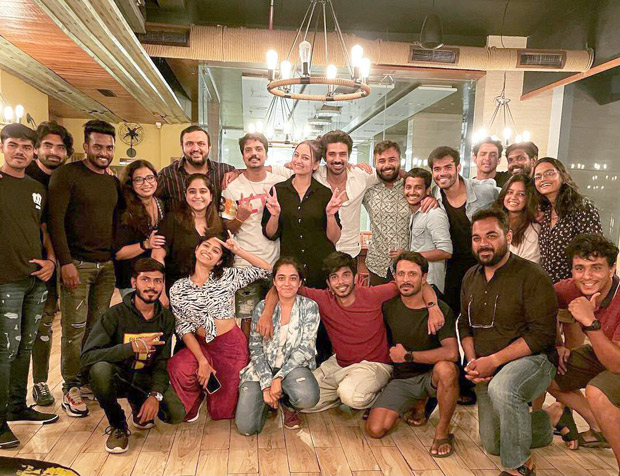 Along with the picture, Sonakshi also penned a heartwarming note. The note read, “Aaaand its a wrap on #Kakuda! My first horror comedy and What a ride its been… beating covid, beating the rains, hectic night shifts, a roller coaster really… but what’s important is those smiles on our faces! Thank you to the entire team (a lot of them missing from this picture) for being absolute troopers! See you at the movies.”

Kakuda marks the Hindi directorial debut of Aditya Sarpotdar, the man behind critically acclaimed Marathi films like - Classmates, Mauli and Faster Fene. The film went on floors on July 20 and will be digitally released in 2022. The makers are yet to announce a streaming platform for the film.

Talking about the cast, besides Sonakshi, the film also stars Riteish Deshmukh and Saqib Saleem.

Also Read: Sonakshi Sinha’s House of Creativity collaborates with BMC for the beautification of Mahim beach