Sonakshi Sinha has created a niche for herself in the industry. Sonakshi started her career with the Dabangg franchise and the film ended up becoming a blockbuster. She has always been the centre of attraction due to her work, personal life and fashion choices. Sonakshi Sinha also recently took up painting and has been surprising fans with her artistic abilities. Sonakshi uploaded snaps on her official instagram handle dressed in a gorgeous Saaksha and Kinni creation. She styled a heavily embroidered, mirror work and silver embellishment laden top from the designer label. She was styled by Mohit Rai and looked every bit boho chic. Her outfit gave off the perfect bohemian vibe with smokey makeup, middle parted straight hair and oxidised silver jewellery from Ritika Sachdeva. 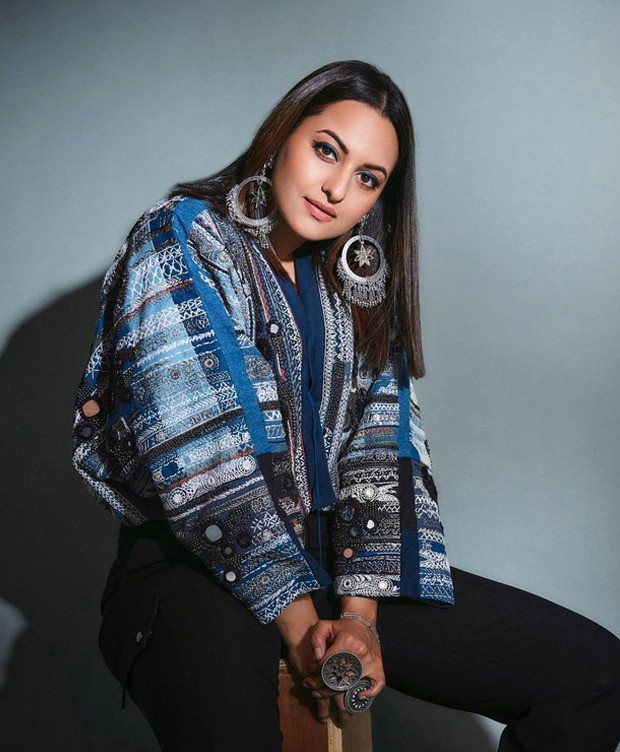 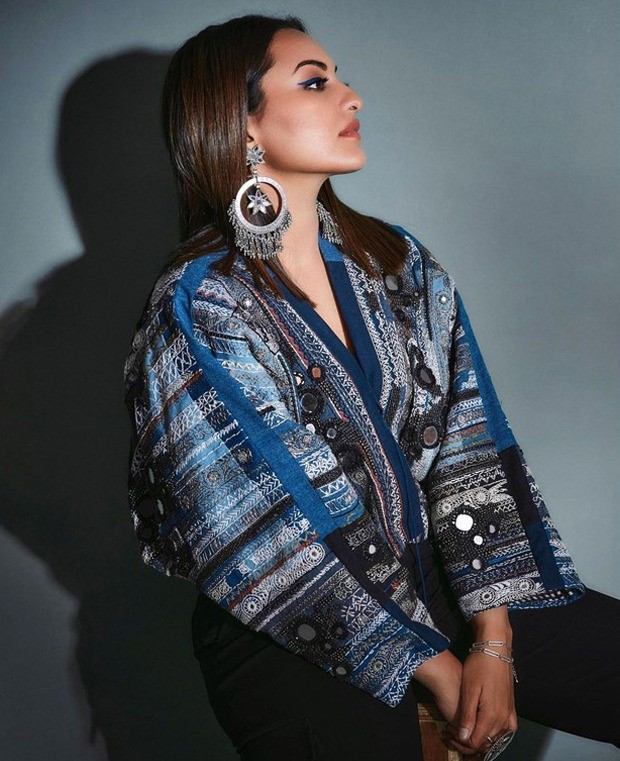 Sinha is known to experiment with her looks as well as her ensembles. The actress, was last seen in ‘Bhuj: The Pride of India. Sonakshi is currently busy shooting for Aditya Sarpotdar’s film, Kakuda, which also features Riteish Deshmukh and Saqib Saleem. There was also news about the actress teaming up with Huma Qureshi for a film to be directed by Mudassar Aziz. Said to be titled ‘Double XL’, the film will be shot in London and both actresses will play overweight girls who fight societal discrimination against women who look heavy on the weighing scale.