Last Updated 18.01.2022 | 2:45 PM IST
feedback language
follow us on
Bollywood Hungama » News » Bollywood Features News » “The signature element for both seasons of Aarya are the moral choices and the moral conflict that Aarya faces” – Ram Madhvani 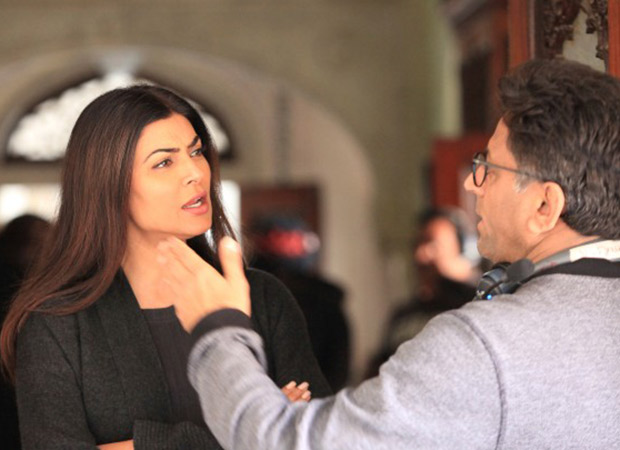 After emerging as one of the most gripping thrillers from India with an International Emmy nomination for best drama series, Aarya is set to hit the digital scene with Season 2. What makes it one of the most anticipated OTT series is that its trailer is rife with surprising twists. The key question its trailer raised is – ‘Can Aarya Sareen escape her past, or will her own family betray her, yet again?’ Disney+ Hotstar, Endemol Shine India, and Ram Madhvani Films are ecstatic to offer Aarya Season 2, starring Sushmita Sen in the role of an unwilling outlaw. Conceptualized and created for India by Ram Madhvani, the series is an official adaption of the hit Dutch series Penoza by NL Film (Banijay Group). Aarya Season 2 will be available only on Disney+ Hotstar on 10th December 2021.

Ahead of the release of the second installment of Aarya, Ram Madhvani shares with us the special element of both seasons, "The signature element between Aarya 1 and Aarya 2 is really, on one hand, the moral choices and the moral conflict that Aarya faces. In Season 1, it was whether she should protect her own children. She sends her father to jail and she chose to be a mother over a daughter and even over a wife. That was her prime conflict. In Season 2, there is again a moral conflict. In the trailer, you see she's back now. Whether she goes away, what happens to her, what leads her to make some choices is the moral conflict and that creates the drama and the tension. That's on the content front.

On the form front, obviously, we now shoot everything in 360. We don't like to use three to four cameras. We are now comfortable with all the actors. I think the great thing is that all the actors knew their characters. That was a bonus I would say. They knew them enough to be able to interject with "Oh, Aarya wouldn't say this” or “Daulat wouldn't say this”. They knew their characters so well that it was a delight to work with them."

The second season of Aarya follows the journey of a mother combatting the dark world of crime and enemies closing in on her family and children. Will her family continue to be her strength or will her own trustworthy people turn against her? Sushmita Sen will be seen reprising the role of Aarya Sareen and she will be joined by actors Sikandar Kher, Vikas Kumar, Mayo Sarao, Ankur Bhatia, Akash Khurana, Dilnaz Irani amongst others.

Witness Aarya’s return as the lioness’ claws come out for real for the final revenge, coming only on Disney+ Hotstar on 10 December 2021.

ALSO READ:  “The very definition of a bubble is now etched in my mind forever” Sushmita Sen opens up on shooting Aarya 2 in midst of pandemic